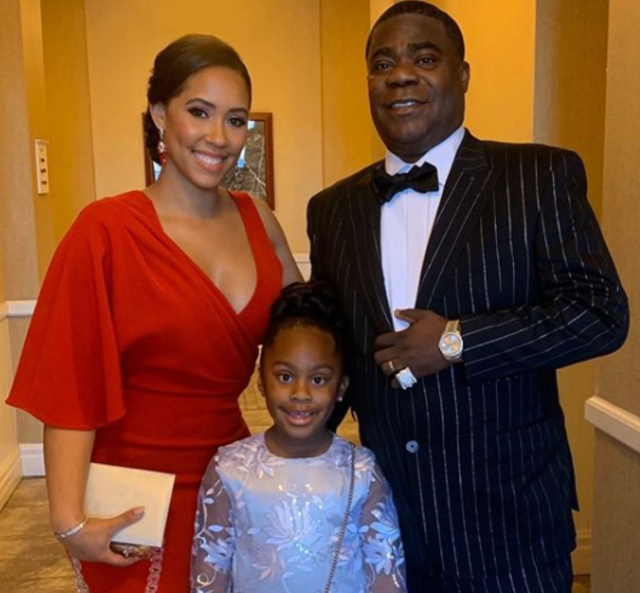 Tracy Morgan and his wife, Megan Wollover, are headed for divorce after nearly five years of marriage. The Last O.G. star recently confirmed plans for marriage dissolution with the press.

I had the best looking date at tonight’s @sagawards! @iammeganmorgan

“Sadly, after nearly five years of marriage, Megan and I are filing for divorce,” Tracy told PEOPLE exclusively earlier this week. “This is a challenging time for all involved, so I ask that you please respect our privacy,” the veteran comedian said.

A representative from Megan Wollover’s camp confirmed that she filed for divorce a few days ago. “We can confirm that Megan filed for divorce yesterday,” the spokesperson said. “This is a private matter for the family,” the rep added. “Megan’s primary focus remains the best interest of the parties’ daughter. She asks that the family’s privacy be respected during this difficult time.”

Maven chillin with her Pops!!!

Megan and Tracy Morgan wed in a private ceremony in 2015. The couple’s marriage came nearly two years after Tracy’s horrendous Wal-Mart car accident that nearly killed him. Morgan shared his thoughts about his recovery during a 2015 interview with Barbara Walters.

Last week we celebrated my princesses birthday. Every day with her is a gift. I love you Maven!!!