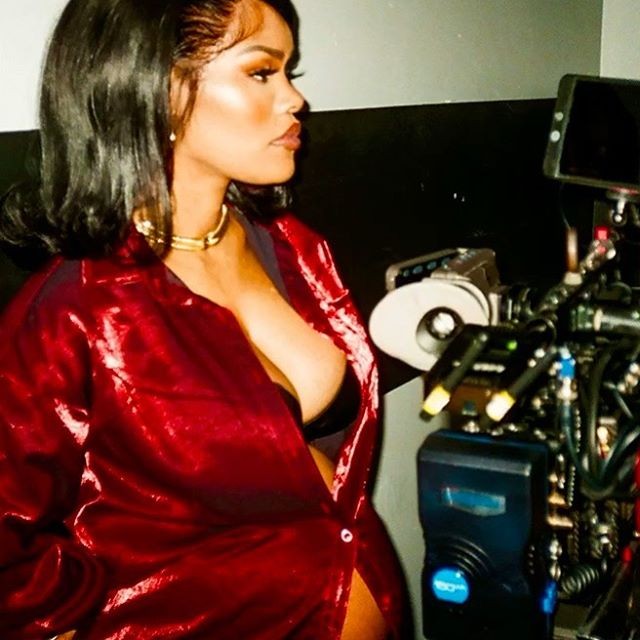 Teyana Taylor is seven months pregnant and feeling fabulous. The recording artist recently took to Instagram to celebrate her expectancy while providing a pregnancy update for her social media followers.

“Issa sexy mama in her @prettylittlething,” Teyana told her Instagram fans. “Did you miss me,” the expectant star asked. “What ya think I’m up to, though,” Teyana posed. The celebrity’s fans answered with hopes that she was recording a new music video for one of her latest songs. One social media follower asked, “She’s pregnant again?” Indeed, she is!

Teyana Taylor announced her and husband Iman Shumpert’s expectancy a few weeks ago. The ‘Wake Up Love’ singer revealed the exciting news in one of her latest music videos. Teyana later told the press that she planned to give birth at home with Erykah Badu serving as her midwife.

“I’m considering home birth and I’m actually gonna be doing it with Erykah [Badu],” Teyana told the media. “You know, I feel like if I did it once without any type of warning, I could do it this time fully prepared,” the recording artist continued. “Giving birth like that was scary but it was such a powerful thing.”