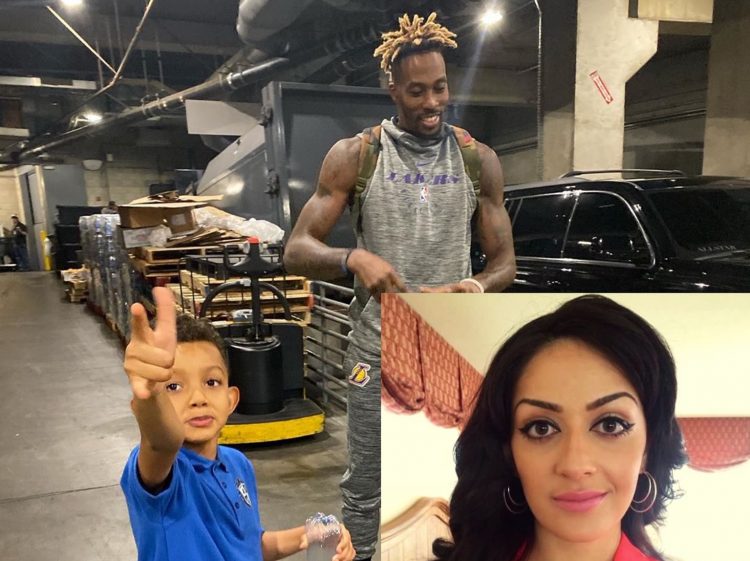 Melissa Rios, a real estate agent and epilepsy advocate, tragically died on March 27 of an epileptic seizure at her home in Calabasas, California at the age of 31. Dwight and David Howard attended Melissa Rios’ funeral services on April 13 at Our Mother of Sorrows Catholic Cemetery in Reno, Nevada. In May, Howard spoke about how he mourns Rios and how hard it is for him to talk about her with David.

“I’ve had some things happen in my personal life that has been difficult to really handle. My son’s mom, she had passed away a month and a half ago and it’s extremely difficult for me to try to understand how to talk to my son, who’s 6-years-old, just about the whole situation,” said Howard. “Something I’ve never experienced. So I wouldn’t know how to talk to my son about it. So just with him being here and stuff like that, it’s kind of given me some extra life. But I also try to think about how to cope with losing somebody like that.”

Though Dwight Howard and the late Melissa Rios had split, they had a good co-parenting relationship. Dwight and David had been quarantined at his Georgia home to wait out the coronavirus. Dwight was inviting Rios to stay with them when he got word of her untimely death.

Dwight Howard has yet to publicly respond to Edelmira Rios’ custody case being filed. Currently, Dwight Howard is with his Los Angeles Lakers in the NBA’s “bubble” in Orlando, Florida. The 2019-20 NBA season is set to resume on July 30, with 22 teams playing eight games to determine the final Playoff spots. The Lakers are the No. 1 seed in the Western Conference and are one of the favorites to win the NBA championship.

TAMRON HALL AND HUSBAND HAVE A WALKER ON THEIR HANDS