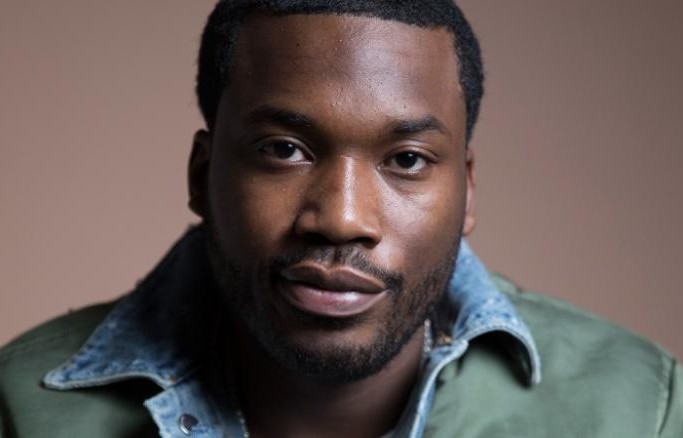 Rapper Meek Mill has come under fire for reacting to a post about Nicki Minaj’s pregnancy. The rapper, who welcomed a child with his girlfriend earlier this year, faced heavy criticism after responding to an Instagram post with emojis.

And finally, the Virgin Mary by #DavidLaChapelle 🙏

The social media user, Respectfully Justin, who started the firestorm advised his followers to refrain from sharing pictures of Nicki Minaj’s maternity shoot. “Y’all got one time to share Nicki pregnancy picture on your story or timeline and you getting blocked,” Respectfully Justin warned. “She don’t (sic) know you,” the Instagram user added.

One of Justin’s social media followers responded with support. “Mental health issues,” the followers shared. “She don’t (sic) know y’all. Stop talking to yourself in her comments [by] saying, ‘Congrats.'” Meek Mill responded to the second comment with laughing emojis, which angered Nicki Minaj’s fans.

“Meek Mill will never get over Nicki Minaj,” one Twitter user wrote online. Another social media fan of Nicki’s was more brutal with the criticism.

“MEEK MILL, I feel so bad for that b*tch that you are with now,” the critic tweeted. “It took a[n] Internet Beef for you to Address and acknowledge her and that baby y’all got. You stay lurking that has stuff to do with Nicki Minaj. I hope God got you because you are a miserable A*s N*gg*. Grow up Meek!”

Boy mom…I love being his mommy✨ I be up googling, researching, watching YouTubes video, and looking at a bunch of mommy pages all day trying to learn about motherhood & I share a lot of what I learn on @mamanaireclub . . @womanaireclub #Boymom #Newmom #Motherhood #mamanaire

Meek Mill and his girlfriend, Milan Harris, welcomed a son on May 6, 2020. The day was extra special as it was also Meek’s birthday. “Milano dropped me off a king on my birthday,” Mill told his social media fans on his son’s birth. “All praise to the Most High,” the rapper shared with his social media fans.

Love. Marriage. Baby carriage. Overflowing with excitement & gratitude. Thank you all for the well wishes. 💛

Nicki Minaj officially announced her expectancy of a child with her husband, Kenneth Petty, on Monday (July 20). Many suspected that the rapper was pregnant after watching the ‘TROLLZ’ music video by 6ix9ine, which featured Minaj. Nicki Minaj and Kenneth Petty are expecting their baby to arrive in the coming weeks. Stay tuned for more celebrity pregnancy news!