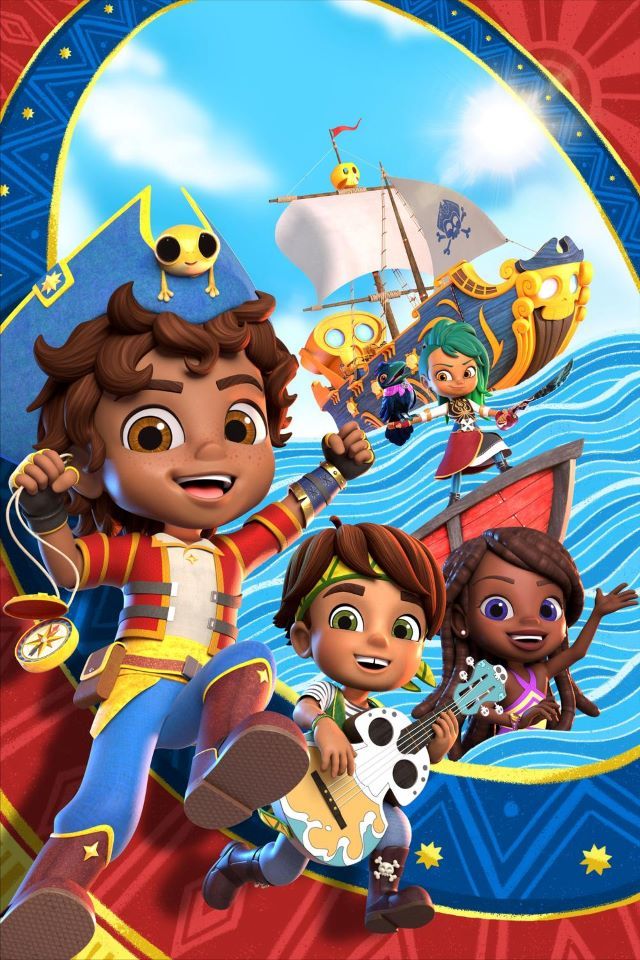 Actress, model, recording artist, and personality Alyssa Cheatham’s name and face may both be familiar. As Will Smith’s daughter in the Warner Bros feature film, Collateral Beauty, this multi-talented young entertainer’s star was just beginning to rise and now, she has unquestionably become a recognizable member of #younghollywood.

Since her blockbuster role in Collateral Beauty, Cheatham has been busy with an abundance of additional projects on screen and in the sound booth and her latest, Nickelodeon’s brand new preschool series, Santiago of the Seas, is about to set sail in October.

Listos para aventura? Is everyone ready for adventure? Well, the new Spanish-language and Latino-Caribbean infused show will have preschoolers setting sail for culture-laced swashbuckling adventures and more. The 20-episode action-adventure series will follow eight-year-old Santiago “Santi” Montes, voiced by Kevin Chacon, a brave and kind-hearted pirate, as he embarks on daring rescues, searching for treasures and keeping the high seas safe in a fantastical Caribbean world. Following the U.S. launch, Santiago of the Seas will also be available on Nickelodeon and Nick Jr. channels internationally.

In addition to Cheatham and Chacon, the series will include the voices of Justice Quiroz, Kyndra Sanchez, and the famous John Leguizamo.

In the Santiago of the Seas series premiere, “The Legend of Capitán Calavera,” Santiago and his friends become the new pirate protectors of Isla Encanto after discovering the lost treasure of the legendary Capitán Calavera. Following the premiere, log on to NickJr.com and the Nick Jr. App as they both will feature original short-form content and full-length episodes of the show. Episodes will also be available on both Nick Jr. On Demand and Download-To-Own services.

Mark your calendars for October 9th at 12:30 p.m. ET/PT. This looks like one adventure that is truly emocionante and your preschooler should not miss put!

MR. PAPERS ON HAVING A SECOND CHILD WITH LIL KIM: 'TWO STEPS AHEAD OF YOU'