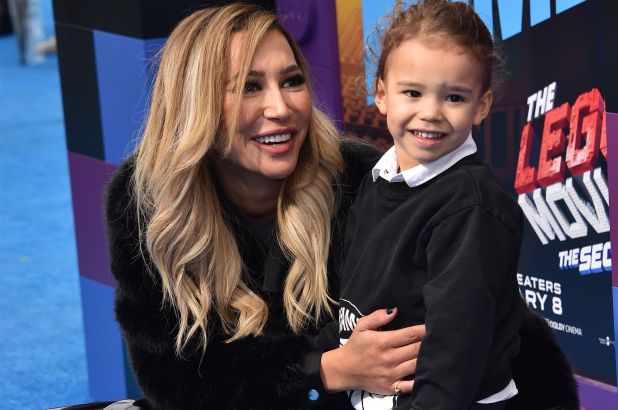 The body of actress Naya Rivera was found at Lake Piru in Ventura County, California on July 13, five days after she went missing after a boating trip with her 4-year-old son Josey Dorsey. Naya’s final moments were spent saving her son at the cost of her own life.

On July 8, Naya Rivera rented a pontoon boat and went out on Lake Piru with her son. However, Josey was found asleep and alone on the boat hours after it was overdue for its return, which prompted an immediate search for Naya that lasted five days. In a press conference on July 13, hours after Naya’s body was recovered, Ventura County Sherriff Bill Ayub explained that due to the currents, the boat started drifting while Naya and Josey were swimming. In her final act, Naya managed to get her son safely back on the boat; but unfortunately couldn’t save herself.

“We know from speaking with her son, that he and Naya swam in the lake together at some point during their journey,” recounted Ayub. “It was during that time that her son described being helped into the boat by Naya, who boosted him onto the deck from behind. He told investigators that he looked back and saw her disappear under the surface of the water,” said Ayub. “She mustered enough energy to get her son back onto the boat, but not enough to save herself.”

Naya Rivera was best known for her role as Santana on Fox’s hit show Glee, and she had won several ALMA awards, a People’s Choice Award, and a Screen Actors Guild Award. She was loved and respected by her friends and associates and above all, she was a devoted mother to her son Josey, who she co-parented with her ex-husband Ryan Dorsey. Since Naya’s death, many of her fans and her former Glee co-stars have paid tribute to her, including Jane Lynch, Amber Riley, Becca Tobin, and Chris Colfer. In fact, some of Naya’s Glee castmates were seen at Lake Piru with her family the day her body was discovered, which is tragically ironic, since July 13 is also the day their fellow Glee co-star Cory Monteith suddenly passed away in 2013.

This photo of the cast of #Glee gathering together at Lake Piru today where #NayaRivera’s body was found is incredibly powerful — especially when you consider today is the 7 year anniversary of Cory Monteith’s death. I’m a mess. pic.twitter.com/IC99KwjNmY

Naya Rivera was 33 when she passed and is survived by her ex-husband Ryan Dorsey and her son Josey, whom she truly loved more than life itself. Rest in Peace Naya Rivera.