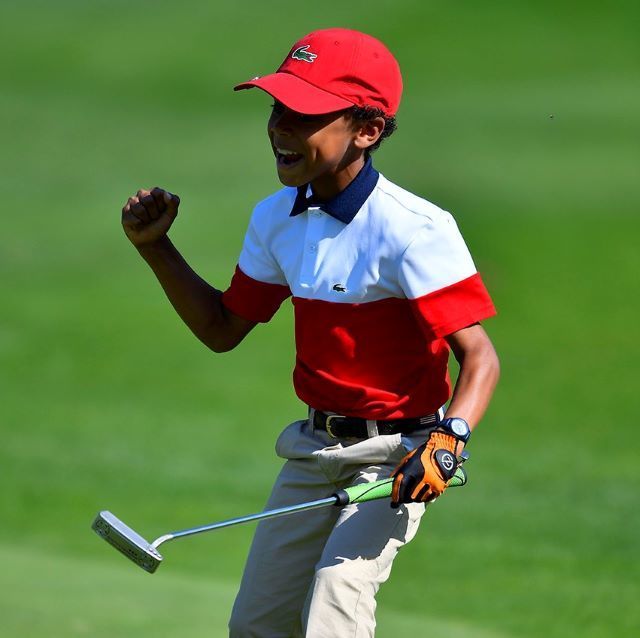 Axel Monssoh took some of his first steps at the golf club. It is no wonder that the talented 8-year-old golfing prodigy has already accomplished many feats that seasoned professionals have to admire and he has no plans on stopping there.

“I picked golf when I was 1,” Monssoh said in an interview with WSVN.com. “I had a plastic club [and a] plastic ball, and I would hit around the house.”

Not even in third grade yet and the young rising star athlete has gotten nothing less than praise from coaches and others about his innate raw talent for the sport.

“Well, I’ve been doing this a long time, the first time I saw him you could tell, you know, that he was a special boy,” said golf coach Jim McLean in the same interview. “He’s got the desire and the effort level required to be a champion golfer.”

In 2019, Monssoh won the U.S. Kids World’s Championship at Pinehurst in North Carolina, grabbing the lowest score, in the boys 7 and under division, in the 20-year-history of the event.

However, Monssoh isn’t out there on the green alone. Golfing has truly become a family affair as his mom, who is also his caddy, is a former French amateur champion herself.

“I knew it was going to happen, I just didn’t think it would happen that fast,” said his mother Marie Arnoux. Monssoh has surpassed his mother almost in skill, yet they both keep each other on their toes, making golf a bit competition friendly.

So what can we expect from this truly amazing young man in the future? Well, according to Monssoh himself, his goal “…is trying to win the Masters 12 times when I get older. I want to win 100 PGA Tour victories.”

We have no doubt that he will! Cannot wait to see what more is in store for this phenomenal young man!
Post Views: 282
Tags: Axel Monssoh
ShareTweetShareSend
Previous Post