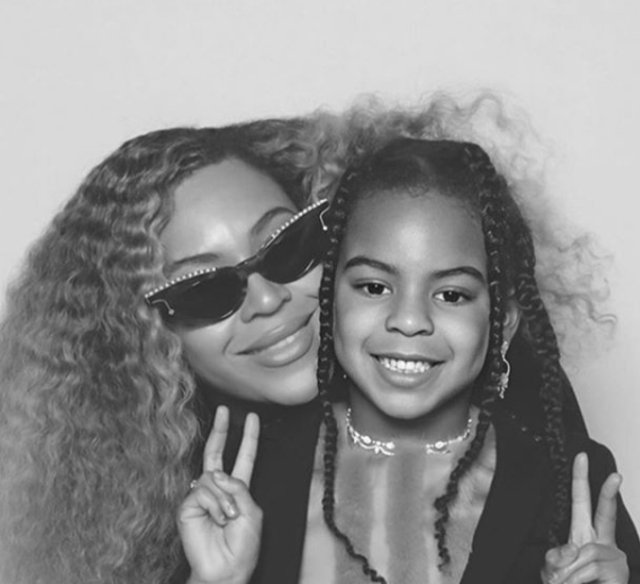 Blue Ivy Carter has scored her first BET Award nomination! Beyonce and Jay-Z’s oldest daughter may get an award for her single, ‘Brown Skin Girl’ from Beyonce’s The Lion King: The Gift album.

Blue Ivy starts the song with lyrics meant to empower young girls such as herself to fully embrace themselves. The song garnered millions of nods from listeners. Many celebrated Blue for her boldness to record music alongside her mom.

Beyonce’s The Lion King: The Gift album is largely viewed as a tribute to the recording artist’s African ancestry. The celebrity mom traveled to Africa to record music videos for the record’s songs and even features sounds reminiscent of The Mother Land.

“I wanted it to be authentic to what is beautiful about the music in Africa,” Beyonce said of her latest album during an interview last year. “We’ve kind of created our own genre and I feel like the soundtrack is the first soundtrack where it becomes visual in your mind,” Bey shared. “The soundscape is more than just the music because each song tells the story of the film.”

This year’s BET Awards will broadcast on CBS for the first time on Sunday, June 28, 2020, at 8 PM (ET). Stay tuned for more celebrity family news!