Home » NEWS » DAVID OYELOWO ON SPEAKING TO HIS KIDS ABOUT POLICE BRUTALITY: ‘I DIDN’T HAVE THE WORDS’

DAVID OYELOWO ON SPEAKING TO HIS KIDS ABOUT POLICE BRUTALITY: ‘I DIDN’T HAVE THE WORDS’ 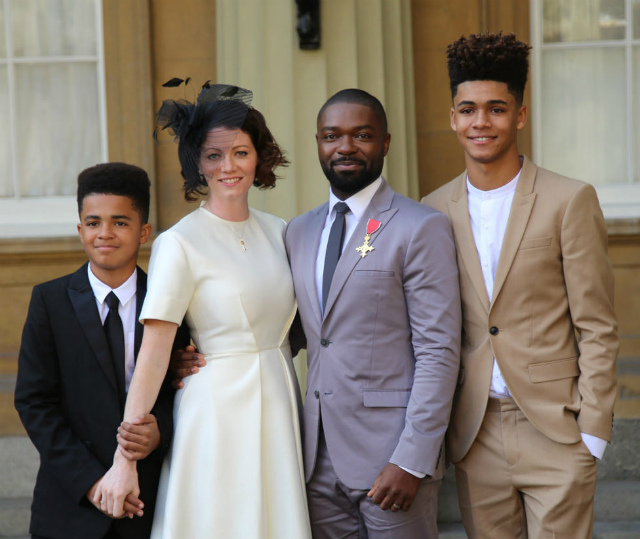 Actor David Oyelowo recently joined media mogul Oprah Winfrey for a town hall, where they discussed raising Black children amid police brutality. During their conversation, Oyelowo revealed that he’s had a hard time talking to his children about the subject.

David Oyelowo, who is best known for playing the legendary Civil Rights icon Dr. Martin Luther King Jr. in the 2014 film “Selma,” has three sons and a daughter with his wife Jessica. Oyelowo explained that he had trouble speaking to his son Caleb about how to interact with the police and how compliance doesn’t guarantee safety, citing George Floyd’s death.

“I have spent so much of the last two weeks crying. And one of the moments where that began is when I went to speak to my son and I didn’t have the words. Because George Floyd wasn’t resisting arrest,” said Oyelowo. “It’s not like saying to my son, ‘Put your hands on the dash, don’t be confrontational.’ Those conversations are already emasculating—to basically say, ‘Forget about justice in an interaction with the police. Come home alive.'”

Oprah’s two-part town hall, Where Do We Go From Here?, featured many esteemed guests such as former Congresswoman Stacey Abrams, filmmaker Ava DuVernay and David Oyelowo, and they discussed systemic racism in America. Oprah’s town hall is two weeks removed from the May 25 death of Minnesota resident George Floyd, who was murdered by Minneapolis police officers. Following Floyd’s murder, protests against systemic racism and police brutality have spread around the country and the world.

On June 4, David Oyelowo posted an emotional Instagram video where he shared stories of racism he and his family experienced over the years and hoped that his children don’t have to experience it in the future. He captioned the video: “Every black person has racism as a wound. Here are a handful of mine and how it affects 3 generations of black men in my family. Let’s create a better future together. This video is 8 mins and 2 secs long. Derek Chauvin had his knee on George Floyd’s neck for another 44 seconds longer than that. Think about that.”

When Oprah asked him about the video, David Oyelowo said he posted the video thinking that there was progress being made, but seeing the video of George Floyd’s murder made him reconsider. “I posted [the video] because I had made the mistake of thinking that things would be different for my son, said Oyelowo. “I say mistake because I had watched things progress in some ways, and then, the knee on the neck is so symbolic of so much.”