They Spoke Highly Of Their Mom 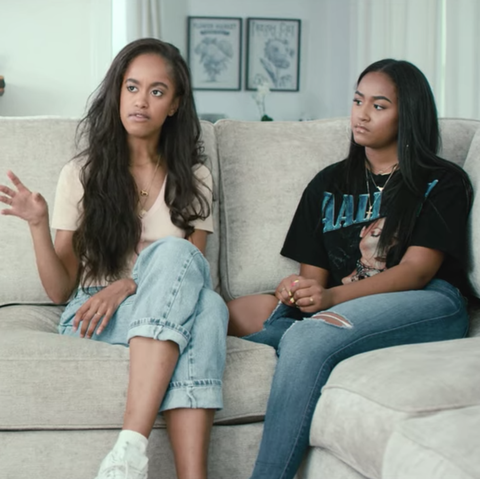 Sasha and Malia Obama are featured in Michelle Obama’s Becoming Netflix documentary! The interview segment between the two sisters is the first time that the public has seen an interview from Sasha and Malia.

“I’m excited for her to be proud of what she’s done,” Sasha says during the segment. The youngest daughter of Michelle and Barack Obama just finished her freshman year at the University of Michigan. “I think that that’s the most important thing for a human to do, is be proud of themselves,” Sasha says.

Malia Obama, who is a junior at Harvard University, also comments on her mom’s latest ventures. “[She is] no longer facing that same scrutiny,” the 21-year-old says of her mom’s time after spending eight years in the White House as First Lady. “Being able to let all of that leave your mind, creates so much more space,” Malia adds.

Michelle Obama’s Becoming memoir sold more than one million copies in its first week. The book had topped the list of bestselling books of 2018 by the end of the year before selling more than 10 million copies by March 2019. Many readers love Michelle’s honesty in her memoir, which was matched by the former First Lady’s frankness during her book’s tour.

“I don’t know what the next step will be,” Michelle Obama said during a 2018 interview with Oprah Winfrey’s O magazine. “Each decade has offered something amazing that I would never have imagined,” she added. “And if I had stopped looking, I would have missed out on so much. So I’m still becoming, and this is the story of my journey. Hopefully, it will spark conversations, especially among young people, about their journeys.”