"From My Home To Yours" 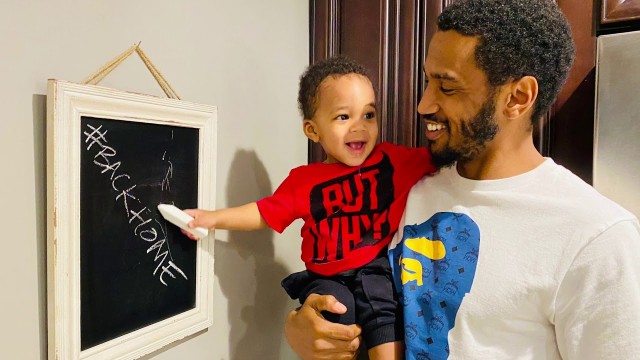 Trey Songz has released a new single called ‘Back Home’ along with a new music video that features his son, Noah, and his baby’s mama, Caro Colon.

Trey surprised his fans with the music video on Wednesday (April 29). “One thing that’s certain is that we are right now in times that none of us have ever experienced,” Trey told his social media fans.

“I thought it would be special to put together a time capsule of both my intimate and extended family living through what we would have never imagined,” the recording artist added. “From my home to yours, my new single ‘Back Home,’ featuring Summer Walker.”

Fans were grateful to get new music from Trey Songz during the quarantine. “When I saw Trey Songz and Summer Walker’s name, I knew it was an instant banger,” one YouTube listener wrote. Another fan said, “I went straight to this.”

Trey Songz does not ordinarily share much about his family with fans. The recording artist has, however, been more open about his son and Noah’s mom recently. It was just last week that Trey thanked Caro Colon for being a great mom to their son.

“You’re a great mother and you deal with all the extra’s very gracefully,” Trey told Caro. “I’ll always be eternally grateful to you Noah’s Mumma,” the recording artist said.

Trey Songz and Caro Colon worked together to give their son a spectacular birthday party that was completely virtual earlier this month. Noah and his party’s attendees played games, which included a scavenger hunt and riddles.

“We were all able to come together to celebrate Noah’s first birthday in the middle of the stay at home order in this pandemic, thanks to the internet and Zoom,” Trey’s mom, April Tucker, said after the festivities convened.