"Everybody Say Thank You Blue Ivy" 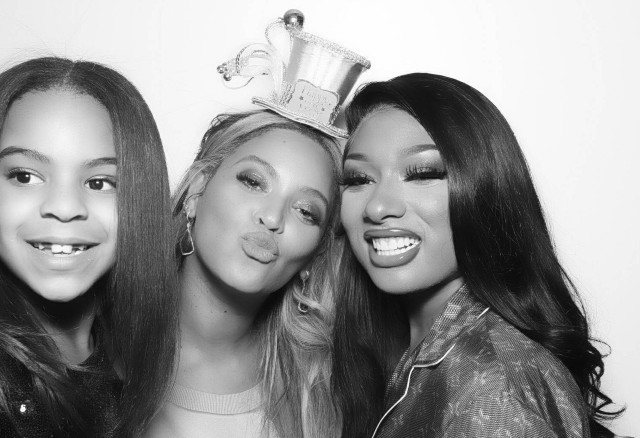 Megan Thee Stallion recently collaborated with Beyonce to deliver a remix of her hit song, ‘Savage.’ Many fans have credited Beyonce’s daughter, Blue Ivy Carter, as the source behind the magic who brought everything together.

Megan and Beyonce surprised fans with the remix on Wednesday (April 29). As if the original track were not ferocious enough, Megan’s ‘Savage’ remix features Queen Bey singing and rapping. Beyonce credits her mom, Tina Lawson, for her work ethic and overall drive in the song. The ‘Spirit’ singer also celebrates her curves while rapping on the track.

“I’m literally crying,” Megan Thee Stallion said of her collaboration with Beyonce this past Wednesday. “Being from HOUSTON MF TEXAS, this shit means EVERYTHING to me,” the recording artist exclaimed in a note to her Instagram fans. “SAVAGE REMIX FT THE QUEEN @BEYONCE OUT NOW! All the artist proceeds of the song goes to @breadoflifehou to support our city during this pandemic,” Megan said.

“Blue Ivy said you ain’t about to sit up in MY house doing nothing,” one Twitter fan mused. “[Blue said], ‘Get to work Miss Single Ladies.'” Another social media follower wrote, “Everybody say Thank You Blue Ivy for allowing her client to release new music in all this.” 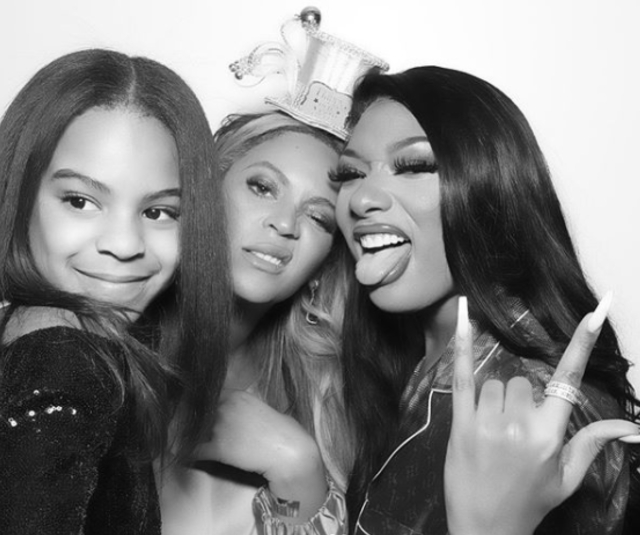 Blue Ivy said you ain’t about to sit up in MY house doing nothing, get to work Miss Single Ladies pic.twitter.com/nvQvXBpWvM

Thank you Blue Ivy for letting this happen https://t.co/PZUvWcSLos

Blue Ivy Carter definitely appears to follow in her mom’s footsteps when it comes to entertainment. It was just last year that footage of the youngster singing ‘Lift Every Voice And Sing’ during her mom’s rehearsal for Coachella 2018 was released. Blue told her mom that she liked performing the song and wanted to run through it again “because it feels good” in the clip. Beyonce told her daughter that she was beginning to sound like her mom.

Blue Ivy Carter spent time with Megan Thee Stallion a few months ago. Could the youngster have been the driving force behind her mom collaborating with the ‘Savage’ recording artist? Maybe so. Stay tuned for more celebrity kids news!

THE DISNEY FAMILY SINGALONG, VOLUME II IS ON THE WAY!