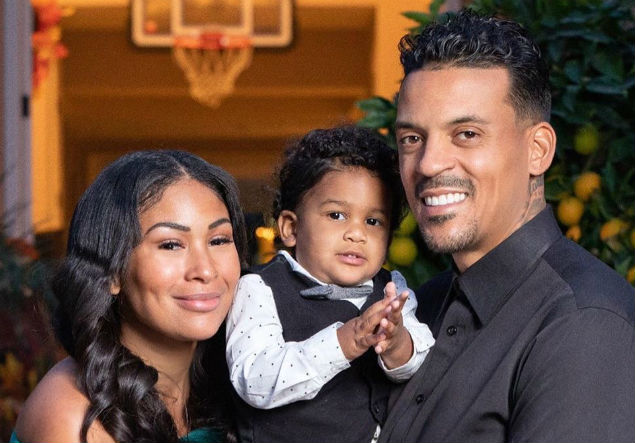 Former NBA star Matt Barnes spent his quarantine time apparently reflecting on his mistakes and now he looks to correct them. In an emotional Instagram video posted on April 24, the NBA champion issued a public apology to his ex-girlfriend; model Anansa Sims for publicizing their breakup and the drama that unfolded afterwards.

In the clip, Matt Barnes explained that he felt compelled to apologize after seeing a video about “owning up to your mistakes and taking responsibility for the f–k-ups you’ve caused in your life.” He then apologized to Anansa for publicly exposing their breakup and his behavior towards her after their split, which was so bad that Anansa reportedly filed a restraining order against Barnes. He captioned the post: “Day by day trying to better myself. Private apologies don’t work for publicly disrespected. Peace • Love • Happiness @anansasims 🙏🏽.”

“It made me wanna really take a step back and apologize to my ex, Anansa, for taking our relationship, or our breakup public,” said Barnes. “And when we hit a rocky point, flipping-out on her out of emotion, out of hurt, out of anger, out of frustration, the little misunderstanding; it was wrong for me to do. Should have learned the first time, but there’s no book to this, there’s no guide to this. I mean, we’re learning on the fly.”

“In hindsight, obviously in the moment you do react off of emotion most of the times but then you sit back and you’re like, ‘Damn, maybe I shouldn’t have did that.’ Just wanted to take the opportunity to publicly apologize for my actions and like I said, putting our mess out there in the public,” continued Barnes. “She was nothing but amazing. Great mom, great partner. It just didn’t work out, but I wish her nothing but the best.”

Matt Barnes also mentioned that he privately apologized to Anansa, but decided that he had to publicly apologize to her since he made their breakup public. Barnes and Anansa have one son together, 1-year-old Ashton Barnes. Matt Barnes also has twin sons; 11-year-olds Isaiah and Carter Barnes with his ex-wife, reality television star Gloria Govan.

To her credit, Anansa accepted Barnes’ public apology, replying: “I forgive you. I love you. I’m grateful we’re on a peaceful co-parenting road. I pray God keeps you covered for all of your days.”