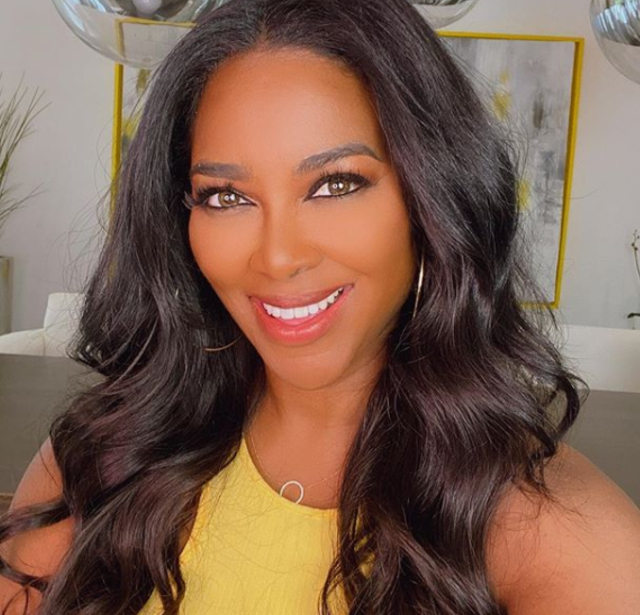 Kenya Moore is pushing back after NeNe Leakes’ shocking claims about her daughter and husband. The Real Housewives of Atlanta (RHOA) star recently called her fellow cast member vile after Sunday’s episode revealed what NeNe said behind closed doors about Kenya’s husband, Marc Daly, and their daughter, Brooklyn Daly.

During the Season 12 finale, Wendy Williams calls NeNe Leakes as a friend to ask if she saw the tabloids. In the spotlight was Kenya’s interview with TMZ in which she accused NeNe of being the bully of the group. The interview does not sit well with NeNe who tells Wendy that she does not discuss Kenya on the red carpet.

“I can say a lot of things,” Leakes tells Williams during the phone call. “Kenya’s marriage license has never ever been found by no one,” Leakes continues. “She ain’t JLo. She ain’t Beyoncé, and they found their marriage license but they can’t find hers.”

“They are not legally married, so there is nothing to divorce. I heard it was a handshake and an agreement that they get together and have a baby and she paid for them.”

NeNe goes on to tell Wendy that she was happy that Kenya has a child. “I’m happy for her to be a mother,” the RHOA star says. “If she found an egg outside up under a chicken, I think it’s great that she had a baby.”

Many criticized NeNe’s comments because of what she said about Brooklyn. Kenya went on to scrutinize Leakes’ words during an interview with ExtraTV.

“Yes, I’m legally married. I have my marriage certificate. I have witnesses,” Kenya said. “She’s basically calling pretty much everyone in Turks and Caicos a lie, my family a lie,” Moore added in reference to Leakes’ insinuating that Kenya and Marc were never legally married. “I just think that she crosses lines,” Kenya further explained. “She’s a vile person, and kids are off-limits.”

The feud between Kenya Moore and NeNe Leakes is ongoing and has many believing that such conflict will be the center of the upcoming reunion segment. Stay tuned for more Real Housewives of Atlanta news!