Home » NEWS » TINY HARRIS SAYS T.I. AND DAUGHTER DEYJAH HARRIS ARE IN A ‘MUCH BETTER’ PLACE AFTER HYMEN-GATE FALLOUT

TINY HARRIS SAYS T.I. AND DAUGHTER DEYJAH HARRIS ARE IN A ‘MUCH BETTER’ PLACE AFTER HYMEN-GATE FALLOUT 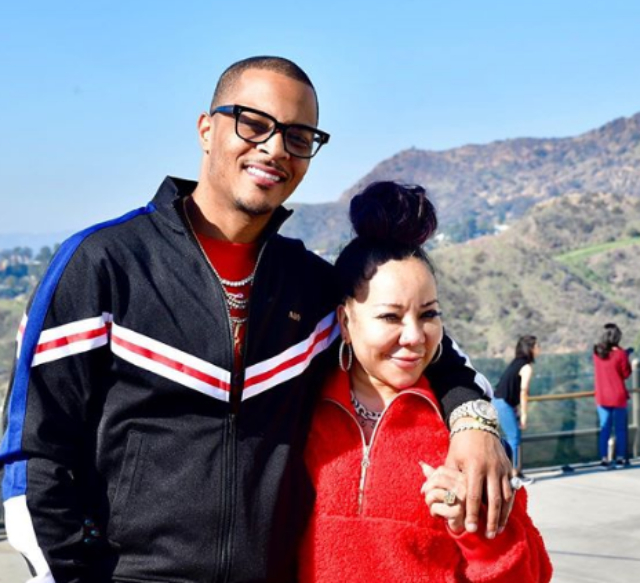 How is Deyjah Harris’s relationship with her father, T.I., doing after Hymen-gate? Just fine, according to Tiny Harris. The T.I. and Tiny: Friends and Family Hustle star tells ET that her husband and his oldest daughter are on more positive terms after he unintentionally embarrassed her last November.

Many may remember T.I.’s comments about Deyjah’s hymen being “intact,” which he equated with his daughter remaining a virgin. The celebrity father gave a public apology after the masses shed light on the inappropriateness of his words.

“Their relationship is definitely much better now,” Tiny tells ET. “Deyjah, she’s a very bright girl,” the celebrity mom continues. “She’s a very smart girl, and her dad just wants to love on her. Any time he’s around her, he just can’t stop loving on her. So it’s like, ‘What am I fighting here?’ So they’ve been doing really good.”

Deyjah has been distant from her father these past few weeks because of social distancing orders that inevitably limit travel and visits with loved ones. “We haven’t been able to see her because she’s been quarantined,” Tiny shares with the press. “We’ve seen all the kids, really, but [we’ve only seen] her once or twice.”

Fans can see how Deyjah Harris and T.I. work through their issues on the family’s reality series, T.I. and Tiny: Friends and Family Hustle, which airs every week on VH1. Stay tuned for more T.I. and Tiny Harris family news!

5 WAYS YOUR CHILD COULD BENEFIT FROM READING

5 WAYS YOUR CHILD COULD BENEFIT FROM READING