"This Guy Is So Much Fun" 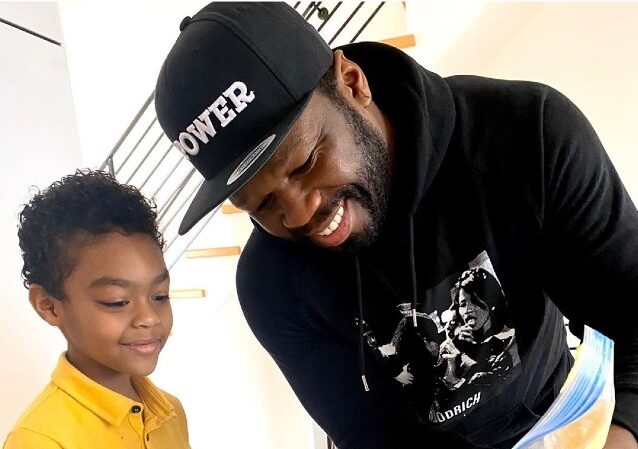 Curtis “50 Cent” Jackson and Daphne Joy had Easter fun with their son, Sire Jackson, this past weekend. The celebrity father and his son got in the kitchen to make banana pudding for the family.

“Today was my first day having Banana Pudding,” Daphne Joy told her Instagram fans in a post that also sent well wishes on Easter. “How come no one put me on to it before,” the celebrity mom asked. Fifty Cent shared pictures from the day as well.

One candid showed the celebrity father making the dessert with his son. Another picture of 50 Cent and Sire was one of the rapper and his son enjoying the scenery of their backyard. “This guy is so much fun,” 50 Cent told his social media fans. “He told me he saw my show, ForLife. I asked if he liked it, [and] he said, ‘It was cool but if you practice you could do better.'” Hilarious!

Fifty Cent appeared to speak with another person in the room about the disgraced rapper when he said, “[Tekashi 6ix9ine is] better than Marquise, though. I’ll take him before I take my actual biological son.” Marquise got wind of his father’s comments and immediately went to battle on Instagram.

“Did he just say he would claim a rat,” Marquise asked in reference to 50 Cent implying that he prefers Tekashi over his oldest son. “Oh no, I want no part to that cheese over here, big fella,” Marquise said. “I don’t know what y’all got going on. That’s some other sh*t.”

Tekashi 6ix9ine is recognized as a Judas in the rap world after telling on several of his former accomplices to reduce his criminal charges last year. Cardi B was one among several that Tekashi betrayed while trying to save himself.