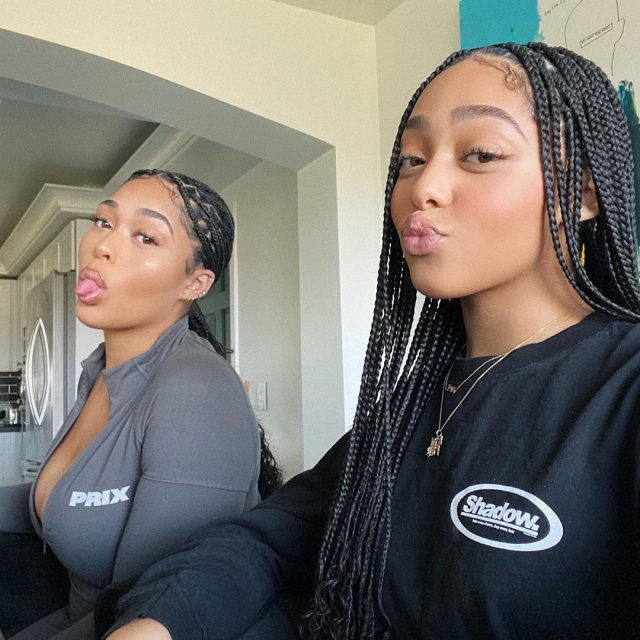 Jordyn Woods was unveiled as the Kangaroo on The Masked Singer on the April 8 episode. Now that the reality star has been unmasked, many people are interested in knowing more of about the star’s family members, specifically her sister, Jodie Woods.

You may have seen her on the Tik Tok video that she did with her big sister, Jordyn, but just who is Jordyn’s mirror image, Jodie?

what y’all get to see Vs. what most of our tiktoks look like 😂

Well, the fifteen-year-old rose to fame as an Instagram influencer, documenting her everyday adventures to an audience of 749K followers. Among the list of famous faces that shes shared the spotlight with include, Sam Wilkinson, Stassiebaby, Nathalie Paris, Samuel Rauda, Jeremy Meeks, among others.

Rumor has it that the fashion-forward teen has a clothing line coming out soon. Stay-tuned for more information as we get it because we are more than positive that the line is going to feature something for everyone as Jodie, just as much as her sister, is a true fashionista.

In addition to her big sister, Jodie definitely admires and looks up to her manager and mother, Elizabeth Woods.

We may not know very much about Jodie Woods as of yet, but we have a feeling that it won’t be that way for long. She’s beautiful, humble, loves her family, and has some killer dance moves. It definitely won’t be long before Jodie Woods becomes a household name.

NATURI NAUGHTON AND DAUGHTER SHOW OFF THEIR 'NATURAL BEAUTY'

NATURI NAUGHTON AND DAUGHTER SHOW OFF THEIR 'NATURAL BEAUTY'