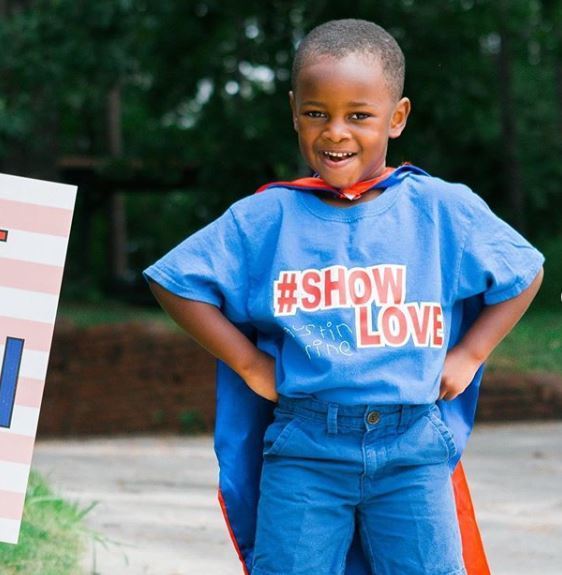 Thousands of children are at home as a result of stay-at-home orders across the nation in the wake of the Coronavirus, (COVID-19), global pandemic. Being shut-in for a little while can be fun, but for many kids, self-isolating is probably starting to drive them and their parents a little stir-crazy.

Well, six-year-old Austin Perine, who eventually wants to become President of the United States one day, has come up with a solution for the ever-mounting cabin-fever-his own exercise routine to pass the time and stay healthy!

Due to #CoronaVirus Over 70 Million Children are in the house with limited exercise. I have created an exercise video series that will keep kids active while maintaining "Social Distancing" and "Quarantining" Please #ShareThis with parents and kids!https://t.co/u46Mvy8iWj pic.twitter.com/ENGRvWxRFZ

Future President Austin is not only an exercise buff, but he is a superhero and homeless advocate as well, making sure to #showlove in everything that he does. With his desire to help the homeless, Austin used his toy money to buy food for those in need on the streets on Birmingham, AL.

Austin has been a guest on The Steve Harvey Show, in addition to other popular news outlets in an effort to raise awareness for his causes. In addition to traveling the country, spreading his message, Austin has also been featured on multiple platforms in France, Spain, and Africa.

Austin is one of the youngest people to ever receive the “Spear” community award from the Vulcan Park Foundation in Birmingham, he was named one of the five most inspiring heroes from CNN’s Impact Your World series, and he is an author, with a new children’s book on the shelf, President Austin, available on his website.

It is no doubt that this is unquestionably one young man who is on the rise and you definitely want to add yourself to his Instagram list of followers. Superhero, published author, exercise guru-what’s next on his list? We have a feeling that president just might be the next big thing in this amazing young man’s future.

Take a look at President Austin’s Coronavirus workout below and let us know if you and your kids decide to give it a try!