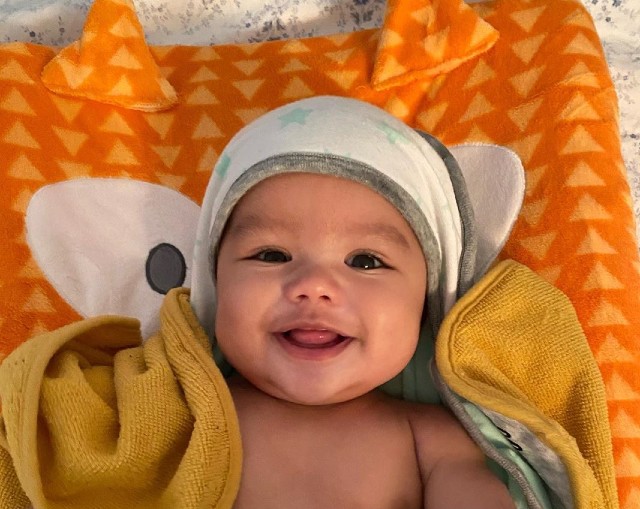 Slash Electric is one “happy boy”, according to mom Amber Rose. Rose took to her Instagram yesterday to share a series of photos and video of her son swaddled in a bath towel.

“Are you mommy’s baby?” Amber can be heard asking in the video clip. Being the happy baby that he is, Slash Electri simply responds with a big smile.

Last month, Rose caused a stir when she tattooed the names of her two sons, Slash and Bash (short for Sebastian), on her forehead.

During a recent appearance on FOX Soul’s “One on One with Keyshia Cole,” the model and actress shared how the death of Kobe Bryant inspired her to get the tats.

“After Kobe died, it made me reflect on my life, and I don’t want people to be like, ‘oh Kobe died and you went and got a tattoo,’” Rose said. “But it was kind of like that because I thought about my dad, my dad had cancer when he was 40, and he went through remission and he’s good but he almost died and I’m 36.” 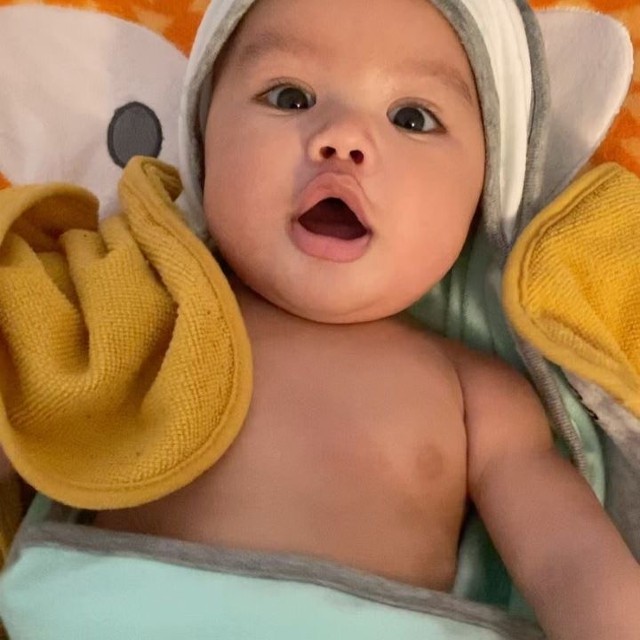 She continued, “Life is so short, just do it, just live your best life,” Rose said. “With no regrets, just do it. That’s just how I felt, I’m happy I did it.“ 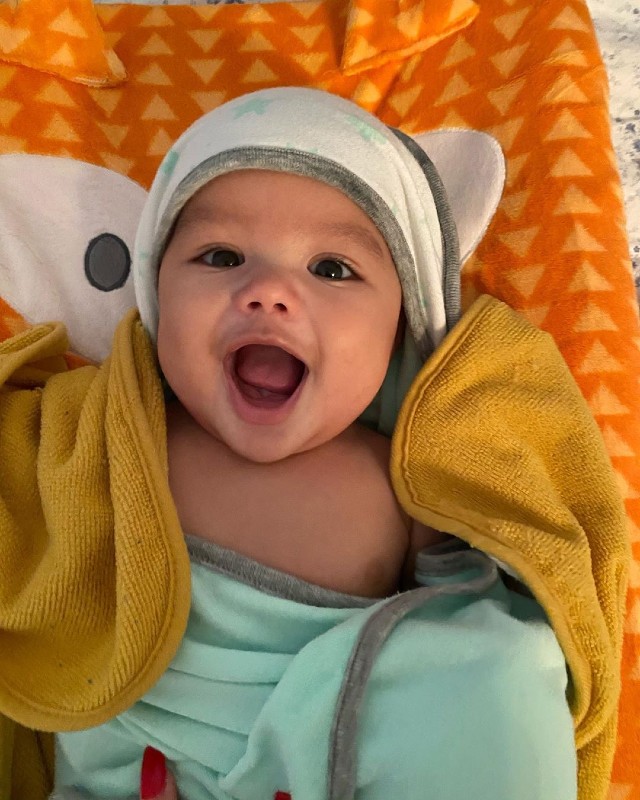 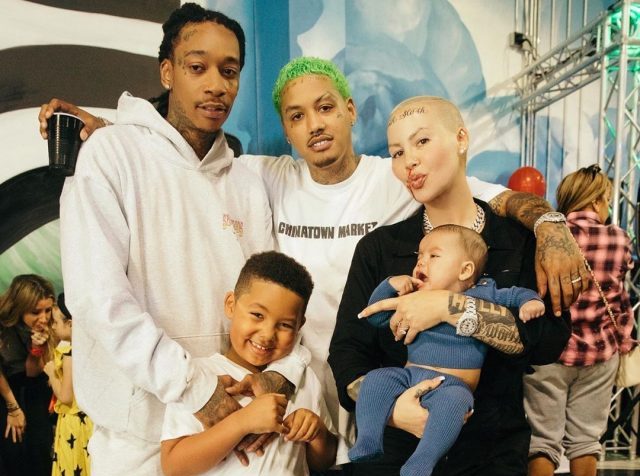