"God Is Working Everything Through" 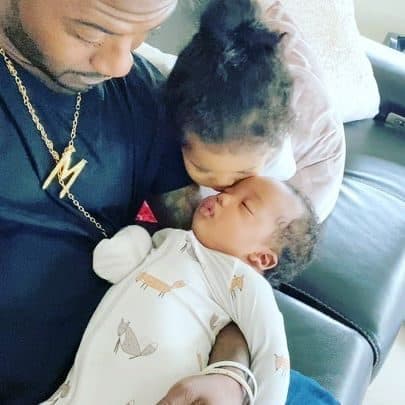 Ray J is hoping that his marriage can bounce back from recent struggles. The Love and Hip Hop: Hollywood (LHHH) star recently sat down with the co-hosts of The Talk to discuss his upcoming Zeus series, The Conversation.

The biggest blessing I will ever have! Thank you God. You have really gave me my life! @melodylovenorwood @epikraynorwood

“It’s hot in the kitchen,” Ray said of his marriage to Princess Love. “I’m still bothered [because of] where we are,” he added. “But God is working everything through,” Ray J declared.

Things between Ray J and Princess Love took a turn for the worse when he allegedly abandoned her in Las Vegas, Nevada, last year. Princess was eight months pregnant with their second child at the time and livid about her husband’s lack of support.

“All you care about is yourself,” Princess says in a promotional clip of their upcoming Zeus series. “You didn’t care about me, or me going into labor or even Melody. You didn’t even wonder where we were until the world was getting on you about it. You hopped on [Instagram] Live before you even called me. You were on Live explaining to the world but you couldn’t pick up the phone and call your wife.”

The truth will prevail. 3 more days. The Conversation March 15 on @thezeusnetwork Link in my bio to subscribe.

There is still a lot of criticism surrounding Ray J and Princess Love’s decision to allow their marriage problems to take center stage in public. Still, Ray told the ladies of The Talk that he is committed to working through the issues.

“We’re trying to address the situation and trying to become a solution to the problem,” the recording artist said. “It just takes a little bit of time,” Ray added. “We’re just really [on] this really rocky, bumpy road, and we’re trying to figure it out.”

You can watch Ray J and Princess Love try to figure things out when The Conversation airs on the Zeus Network on Sunday (March 15) at 8 PM ET. Stay tuned for more celebrity family news!