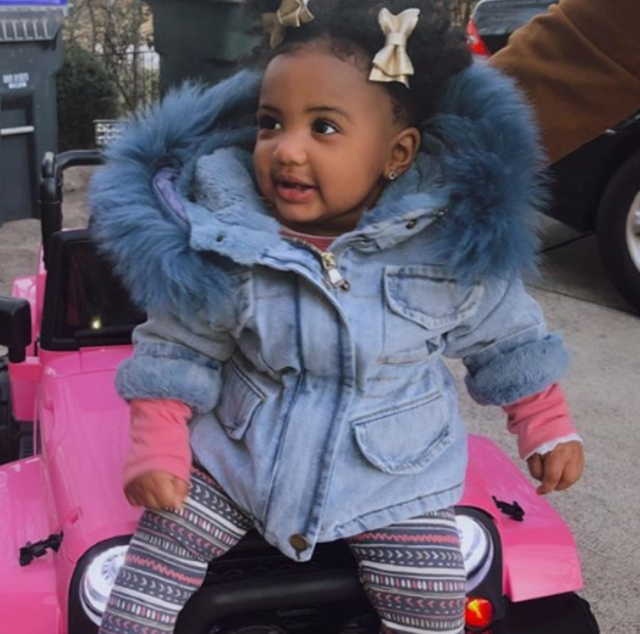 One clip showed Pilar standing on her feet right before taking at least three steps. The little one’s mom was in full celebration of her daughter’s latest development.

“Omg @pilarjhena is walking guys,” Porsha told her social media fans. “#11Months,” she added. Porsha went on to tell her social media followers that Pilar “started walking in the middle of Dennis and I doing the #fliptheswitchchallenge. I guess she was like, ‘Aight I’m out.'”

It seems like just yesterday that Porsha Williams was celebrating life as a new mom. “It’s amazing,” Porsha exclaimed in an interview with Good Day Atlanta last year. “It’s hard,” the RHOA star admitted. “PJ is everything. She’s literally like my heart outside my body. I’ve just gotten used to having her.”

Pilar Jhena celebrates her first birthday on Sunday, March 22, 2020. Fans can count on Porsha Williams and Dennis McKinley to go all out in honor of their daughter’s one-year mark. Porsha, in particular, has celebrated every milestone that Pilar has crossed thus far. It will be interesting to see what kind of theme the RHOA star comes up with for her daughter’s birthday.

BCK Asks: What theme do you think Porsha Williams will use for her daughter’s first birthday party? Tell us what you think!

MALIKA HAQQ 'COULDN'T BE HAPPIER' TO WELCOME HER BABY BOY