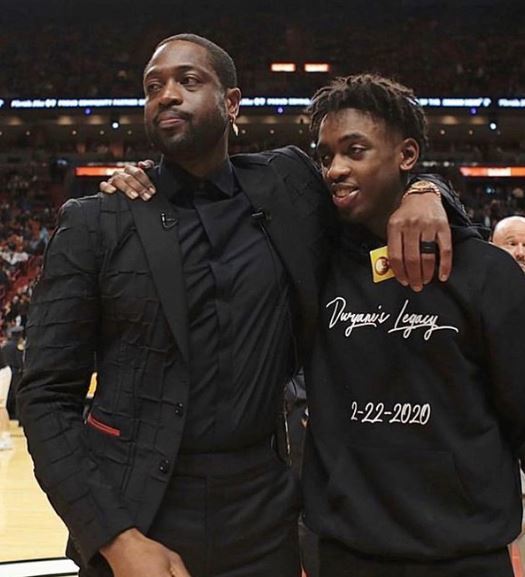 If you are Zaire Wade, then you have the best coach there is, cheering on and helping you every step of the way on the path towards reaching your goals. Retired Miami Heat, Dwyane Wade, stated in an interview with People Magazine that when it comes to his son’s dreams of making to the NBA, he is definitely a hands-on dad.

“Definitely not taking a backseat,” Wade, told People Magazine. “I’m in the passenger’s seat, but I’m definitely not in the backseat. He’s in the driver’s seat. If basketball is the ultimate goal, then I’m just trying to help him along the way, understanding there’s so many different ways to get to this goal. It’s not just one way, it’s not go through high school, be a superstar. Go into college, be a superstar. Get drafted No. 1 and now you’re there.”

Wade himself played with the Miami Heat for most of his career when he was drafted in 2003.

“There’s so many different ways to get to the NBA or to get that path,” Wade said in his interview. “So, [I’m] just trying to help him navigate through expectations that the world has put on him, and that he puts on himself because of his last name.”

Although Zaire may feel some the heat to live up to his father’s legacy, he is unquestionably taking his father’s advice, adding it to his own style, making a name for himself on the court. We cannot wait to see what the future holds for this phenomenal athlete. Wherever his talent takes him, we know that Zaire’s dad has already claimed the “number one fan” spot.