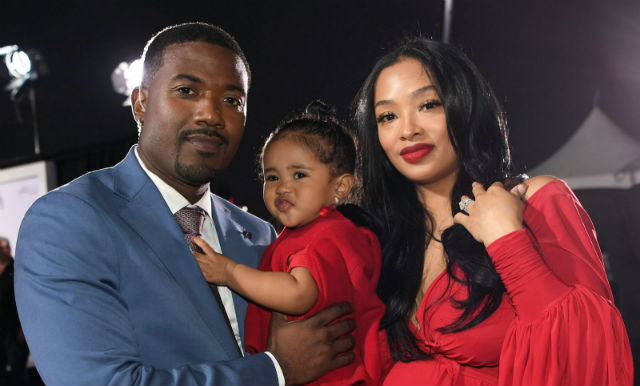 Ray J and wife Princess Love are doting parents. The duo recently shared pictures and video clips of their kids, Melody and Epik, with Instagram fans that were simply cute.

The video clip that Princess uploaded showed Melody kissing her little brother as he slept. The toddler looked on her younger sibling with love as her mom recorded the moment. Melody decided to give Epik another kiss before the video clip ended. “The sweetest love,” Princess wrote online.

Another candid shared by the Love and Hip Hop: Hollywood (LHHH) star was just of her son. “I asked God to send me a man who will always love me … so he gave me a son,’ Princess captioned underneath the candid. Some fans took the comment as a jab to Ray J.

It was just the other week that Princess Love told her social media followers that she and her husband were separated. “Right now, we’re just focused on the kids,” the celebrity mom said when asked about the status of her marriage.

Some may recall the bitter fight that Princess and Ray J had last year during Soul Train Music Awards weekend. The LHHH star went online at one point to publicly criticize her husband for abandoning her and their daughter in Las Vegas. Princess was approximately eight months pregnant at the time and was forced to figure out a way to travel back to Los Angeles due to her inability to drive during the final weeks of expectancy. The celebrity mom told her fans that she wanted a divorce.

I asked God to send me a man who will always love me.. so he gave me a son 💙