AMBER ROSE GETS GIANT FOREHEAD TATTOOS IN HONOR OF HER KIDS 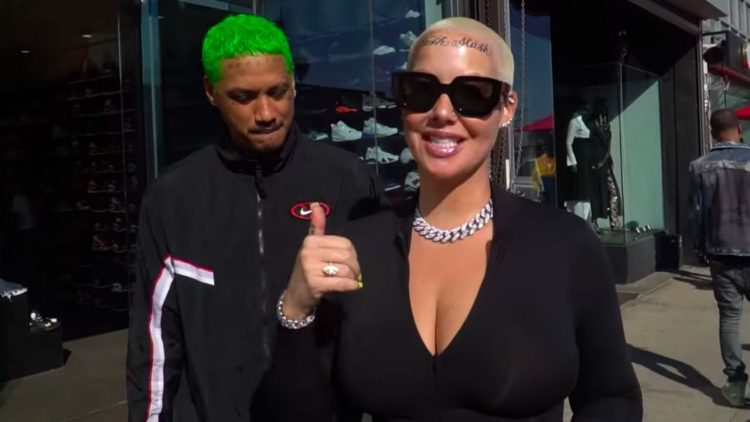 Amber Rose has found a way to honor her sons, Sebastian and Slash, that is unconventional yet sweet. The celebrity mom has forehead tattoos that reference her kids.

Rose debuted her new body art during a recent promo video for Cool Kicks earlier this month. The celebrity mom bore the names of “Slash” and “Bash,” Sebastian’s nickname, on her head while talking about the shoe store that is a hotspot in Los Angeles. Many Cool Kicks fans commented on the celebrity mom’s latest tattoos.

“She came a long way,” one fan said. “Salute to her.” Another Cool Kicks subscriber scrutinized Amber’s new body art. “I like Amber, she’s gorgeous and she’s dope,” the viewer wrote in response to the video. “I just don’t like the head tattoo,” the fan added.

Amber shared the realities of motherhood during a 2016 interview with PEOPLE. “As a mom, you have a million different fears,” Rose admitted. “You don’t sleep at night. You think about all the worst things that could possibly happen to your baby, and it really sucks,” she added.

The celebrity mom took comfort in the fact that much of parenting has to do with trial and error. “I read every single book, when I was pregnant, about being a mom and being pregnant and doing the right thing,” Amber shared. “And then I had my baby and I was just like, ‘What the hell do I do now,'” she added.

“Your maternal instinct comes in, and you figure it out along the way,” Rose said. “And that’s the fun part about it.”