One On One With Keyshia Cole And Tobias! 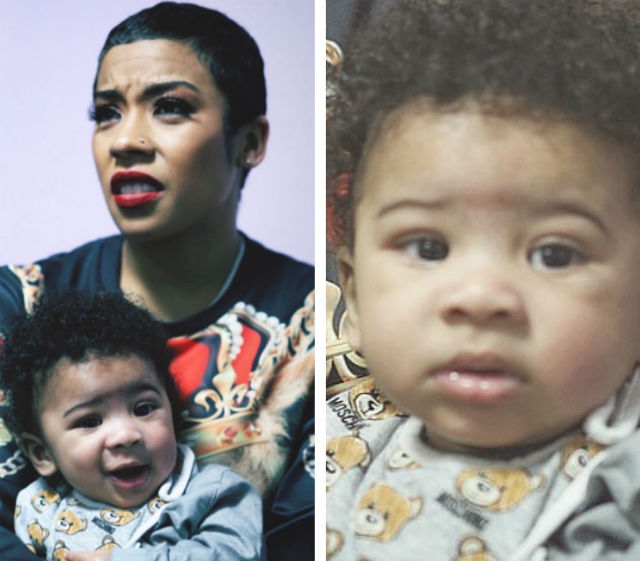 Keyshia Cole brought her baby boy, Tobias Khale, to the set of her talk show, One on One with Keyshia Cole, last week. The celebrity mom celebrated her son’s visit while also shedding light on her opportunity to interview Deborah Cox on the same day.

I had the pleasure of interviewing one of my favorite vocalist @deborahcox ❤️ on my new show #OneOnOneWithKeyshiaCole when i tell u she came thru and put it down, gave me vocal warming tips, insight on her journey to success, and how she even sang BACKGROUND FOR THE AMAZING @celinedion WOW🤩 check out last weeks episode on the @foxsoul app👯‍♀️ #EVERY WEDNESDAY AT 6PM

Keyshia Cole and her boyfriend, Niko Khale, welcomed their son last August. Keyshia celebrated the impending birth of their son one day before going into labor. “We will have one more to add to the big picture,” Keyshia told her fans. “Family first,” the celebrity mom added. “I’m nervous, but I’m ready,” Cole said.

My day today. 🥰 happy YOU DECIDED ON YOUR OWN, to check YOURSELF INTO a facility to get treatment. Its only been two weeks but, I’m trying to be hopeful and optimistic 🙃 Maybe that’s what’ll make THIS TIME different. This being what YOU WANTED AND NO ONE ELSE…….. Maybe this is the YEAR IN ALL ASPECTS !!!!! GREATNESS 😍😎🥳 #Mom

Both Keyshia and Niko have settled into their lives as parents. In fact, Keyshia even interviewed the father of her child on her show in which both Cole and Khale answered the question of how they first became acquainted with one another.

“I was on Instagram,” Keyshia revealed. “I saw this guy who had done a remix to my song, ‘Let It Go.’ The lyrics [that he came up with], I was like, ‘I really be feeling like that. Like, I feel his lyrics.’ And then, I just went to iTunes and checked him out. I listened to some more of his lyrics. The more I listened, the more I liked it.”

“At the time, I was going through a lot [with] no-good guys, just dogs. And I was like, ‘I wonder if he really feels the way he says he feels in his lyrics. Because if it is [that way], I need to hurry up and date him before somebody else do.'” Keyshia asked Niko about possibly collaborating with a song and the rest is history.