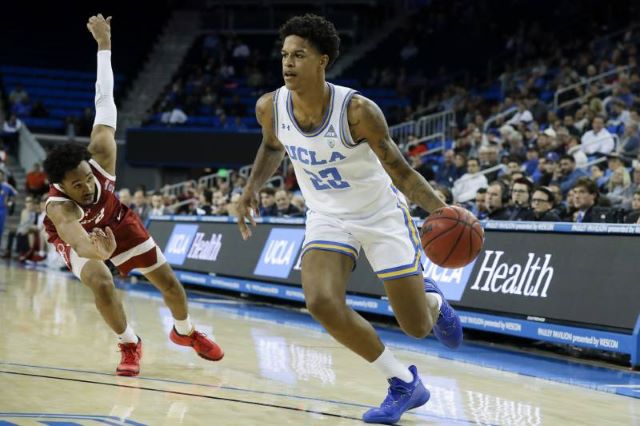 Shaquille O’Neal’s Son, Shareef O’Neal is about to make a big decision and has given himself a deadline of March 20th to do so. Shareef, the talented son of former LA Laker Shaquille O’Neal, will decide which school he will transfer to next season as he looks to restart his college basketball career. Weighing all of his options, O’Neal is starting off his search with visiting his father’s alma mater-LSU.

If you remember, the 4-star recruit originally committed to Arizona, but found himself joining Steve Alford’s UCLA Bruins. Before the young O’Neal got the opportunity to truly make his mark on the court, he was plagued with a heart condition and had to undergo surgery in December 2018. Upon his return to the court, O’Neal was playing under new head coach Mick Cronin and not seeing a lot of game time. Hence, the decision to transfer and leave UCLA.

Having grown-up with another Laker in his corner Shareef, as the rest of the world, is still reeling from the death of Kobe Bryant. Recently, the young basketball star revealed that Kobe messaged him hours before his tragic helicopter crash.

Literally this morning you reached out to me ….😔 I love you forever unc❤️ I love you pic.twitter.com/3oVgvKKUkm

When Shareef found out about the crash, he posted on Instagram, “I’m crying while reading these messages over … even when I was at my worst you checked in on me so often .. I really appreciate you for that because I needed that so much…. i was so defeated sittin in that hospital everyday and I thought my basketball life was over .. you brought a smile to my face .. thank you . Love you.”

A total of nine people perished in the accident that claimed the lives of Kobe Bryant and his thirteen-year-old daughter Gianna. Wherever Shareef O’Neal decides to continue his college career, he will unquestionably have two angels cheering him on every step of the way.