Coming To Theaters On Valentine's Day 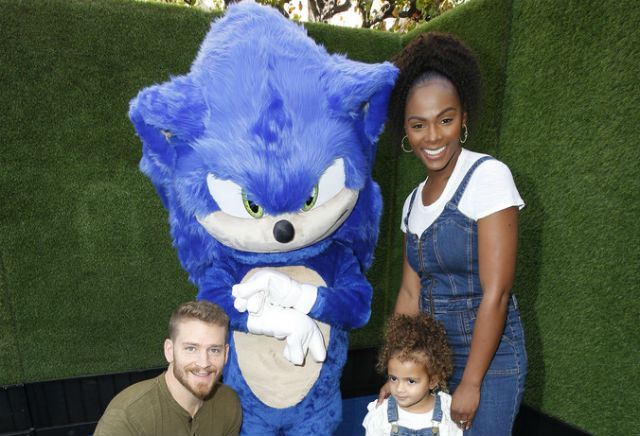 Tika Sumpter and her fiance, Nicholas James, attended the Family Day Event for Sonic The Hedgehog with their daughter, Ella-Loren, earlier this month. The event was held at Paramount Theatre in Hollywood and Sonic was the premier guest.

Tika and Nicholas were sure to take pictures with their daughter and Sonic. Ella-Loren appeared focused on other things but, nevertheless, cooperated with mom and dad just enough to be in the shot. “Just saw #sonicmovie for the first time,” Tika told her social media fans after attending Family Day at Paramount. “You guys are in for a major TREAT,” the actress said. 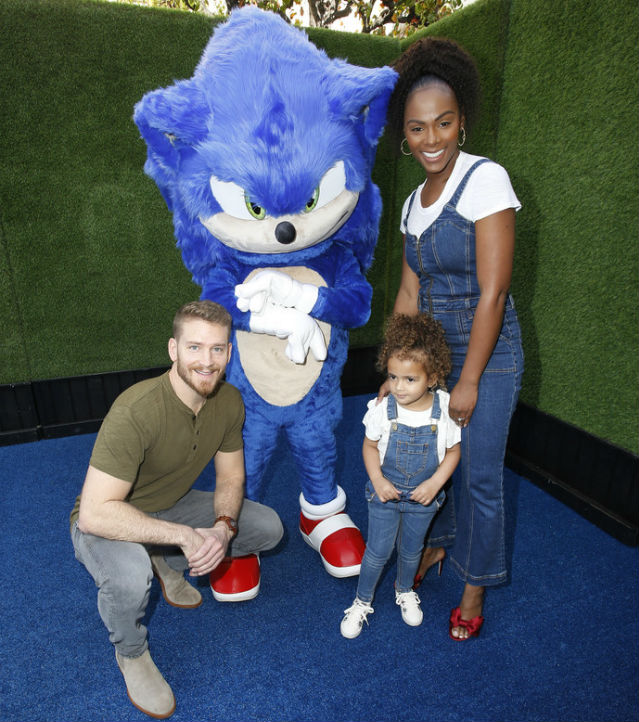 Sonic The Hedgehog will give those who remember the video game absolute nostalgia. The story begins when a smalltown police officer discovers a being that moves fast like the speed of light. Sonic is a unique individual. Unfortunately, an evil genius only sees him as an experiment. Can Sonic escape the schemes of the evil genius to live in freedom? Nothing is impossible when you have friends!

Tika Sumpter stars as Maddie Wachowski in the upcoming Sonic The Hedgehog movie. “It was such a fun ride,” Sumpter said of making the film during her blue carpet interview at Family Day. “I used to play the video game with my brother,” she added. “So now we’re here, which is so weird.”