AGE APPROPRIATE TIPS TO TALK TO YOUR CHILDREN ABOUT WAR 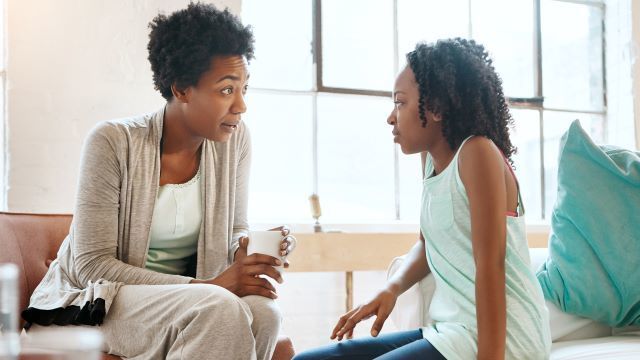 Gone are the days when children are pretty much in the dark about many serious issues across the board. News alerts and information is readily available 24/7 on any electronic device. To think that children do not know what is going in the world around them, is no longer a reality.

Recently, with the increased tensions with Iran, although parents want to protect their children from these overwhelming events, it is better to engage and talk about what is going on because your children may be trying to grapple with their emotions just as much as you.

Parenting expert Dr. Deborah Gilboa told Today Parents in a recent interview that, “It is better to engage with children age 8 or older. “But, if they might hear about it anywhere else you might want to talk about it at any age. Figure out what you want them to learn. What’s the one message you want to send along with whatever facts.”

Messages that Gilboa stresses is important to include in your talks is, “The war is far away and we’re safe. Or “Politics really matter in people’s lives and we have to vote.”

So, how do you actually start “the talk”? Here are Gilboa’s age-by-age tips/things to consider and remember as you approach the subject as outlined in her interview.

Give them the facts with personal values/reassurance.

Again, keep messages short and simple, but do use this as a teachable moment.

MARSAI MARTIN OF 'BLACK-ISH' SHARES HER JOURNEY TO FAME