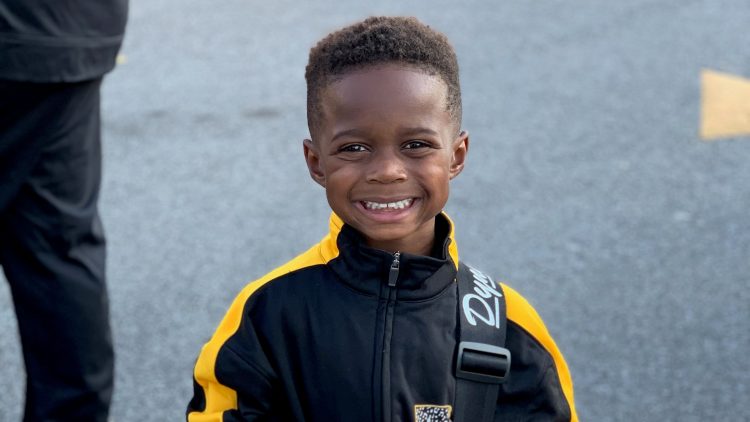 At the ripe young age of 5-years-old, most children spend their time watching cartoons and playing with toys. Jeremiah Travis on the other hand, spends his time playing drums, and on November 5, his extraordinary drumming skills earned him a full band scholarship from Alcorn State University.

A Louisiana native, Travis’ love for music was first noticed by his mother Nicole Jackson, as he would use his ABC blocks as drums and beat on anything he could get his hands on. “He’s always loved to beat on something,” says Jackson. For his first Christmas, Travis was given a toy drum, and at around 2-years-old, Travis’ cousin Kenya Brooks, who is a percussionist for the St. Helena College and Career Academy high school marching band, started teaching him how play a real drum set. Travis is currently a snare drummer for St. Helena’s marching band along with his cousin. Travis is the youngest performer on the team, training with drummers and band members who are over ten years older than him and more than twice his size, and he does it without missing a beat.

Despite only being in kindergarten, Travis has already turned heads with his performances at halftime and sideline shows for different sporting events, including a New Orleans Pelicans halftime show. Chesteron Frye, the band director for St. Helena and student director of Alcorn State, says that Travis is already one of the best performers in the band, attributing his skill and talent to his strong work ethic. “He’s 5 years old but he’s always working on his skills,” Frye says. “Any free time in the band room or when we go on break, he’s drumming on the floor, getting other drummers to come and just asking them ‘can we play, can we play?'”

Though Travis has 13 years before he graduates high school, he has a place at Alcorn State if he wants it. Everson Martin, the assistant band director at Alcorn State, said of Travis: He’s got a rare talent for his age. If he’s still interested when it’s time to attend college that’s great. We want to help him become the remarkable young man we think he can be.”