"She Refused To Be In The Shoot" 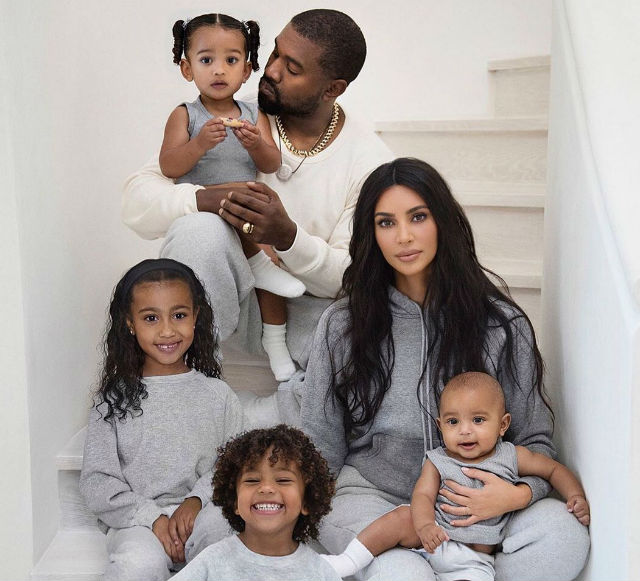 Do you remember that Christmas card photo of Kim Kardashian and her family? Well, it turns out that one of the West children was not actually present for the picture. Kim Kardashian recently revealed that her oldest daughter, North West, was photoshopped into the family’s Christmas photo.

“It’s the most anxiety to get four kids together smiling in a room,” Kim said during a recent interview with Ellen DeGeneres. “North was having a day, so she refused to be in the shoot. She just was crying because she wanted her specific hairstyle,” the Keeping Up With The Kardashians star explained.

“I called the photographer, [and] had her come over. I said, ‘I have no makeup on now. I look totally different. Let’s just pretend — shoot us, but cut me out and you’ll photoshop her in.’ And it looks like a beautiful card.” Indeed, it does!

Some may wonder why Kim Kardashian didn’t just get the family together for another round of pictures. “I would’ve rather done it this way than the anxiety of what I went through of trying to get [everyone to cooperate the first time],” Kim said.

“I mean, Chicago has a cookie in her hand,” the KUWTK star continued. “I was really holding Psalm there, Saint was really there. The rest of us were there, but North … that was a lot,” Kim admitted. “There’s always one,” Kim said.

Kim Kardashian and Kanye West have two daughters, North and Chicago, and two sons, Saint and Psalm, together. Stay tuned for more Keeping Up With The Kardashians kids news!