"He's Really There For His Boy" 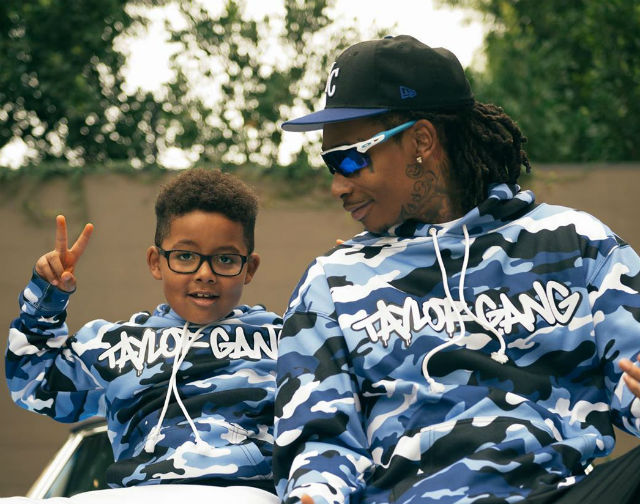 Just call him Wiz Khalifa, the coach! The ‘See You Again’ rapper recently shared a new episode of his Day To Day series on YouTube, which featured the celebrity father coaching his son Sebastian “Bash” Thomaz’s baseball team.

Wiz was definitely the doting dad who cheered for her son’s accomplishments in the video clip. The celebrity father was especially excited to see his son hit the ball and make it to first base. Wiz gave his congratulations immediately after Sebastian’s foot touched the base.

“Wiz [is] a cool as dad not just cause his money,” one YouTube fan shared. “He’s really there for his boy, loving and encouraging,” the viewer continued. “That’s how I’m [going to] be with my son when I have one.”

Me and Bash know you need your Taylor Gang so get your Blue camo hoodie at store.taylorgang.com

Some fans may remember Wiz Khalifa preparing Sebastian for his first day of school last year. The video clip was simply adorable as it showed Wiz and Sebastian from start to finish. The celebrity father saw his son off to school from the bus stop and was present at the end of the day to learn about Sebastian’s first day of school. Some criticized Wiz Khalifa for letting his son take the school bus. Sebastian, however, loved the experience.