Nothing Interferes With Junie Bug's Sleep! 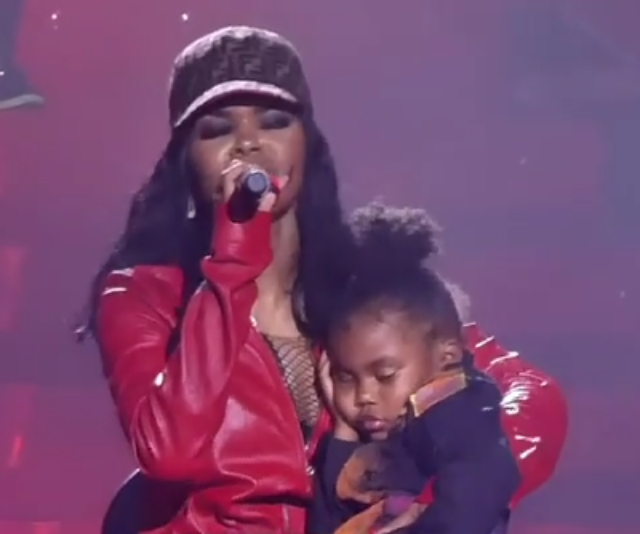 Teyana Taylor gave immense passion during her performance at the Red Bull Music Festival last Thursday (November 14). The recording artist even brought her daughter, Iman Tayla “Junie Bug” Shumpert, onstage to help her drive the point of love home. Junie Bug did not let the crowd interrupt her daily routine, though. The youngster enjoyed her nap while in her mom’s arms at the Red Bull Music Festival.

The event at the West End Production Park was completely sold out and for a good reason. Teyana delivered nothing short of a smash-hit segment to her fans.

Junie Bug has brought complete joy to the lives of her parents these past three years. Teyana shared the joys of parenting during a recent interview with The Grio. “Even in parenthood, I had to learn that like there’s no such thing as a perfect parent,” the celebrity mom shared. “It’s not really like a right or wrong — you just learn,” Teyana added.

The recording artist went on to tell The Grio that her daughter was a superstar in her own right. “She’s the star of our whole world,” Teyana gushed.

“Honestly, like one thing we want to do is give Junie the freedom to do whatever it is her little mind desires because sometimes she’s singing and she’s playing in makeup and she’s putting on lipstick and she’s dancing, but then she’ll turn around, pick up a basketball and she’s trying to hoop. She’s tall.”