"It's Not The End Of The World" 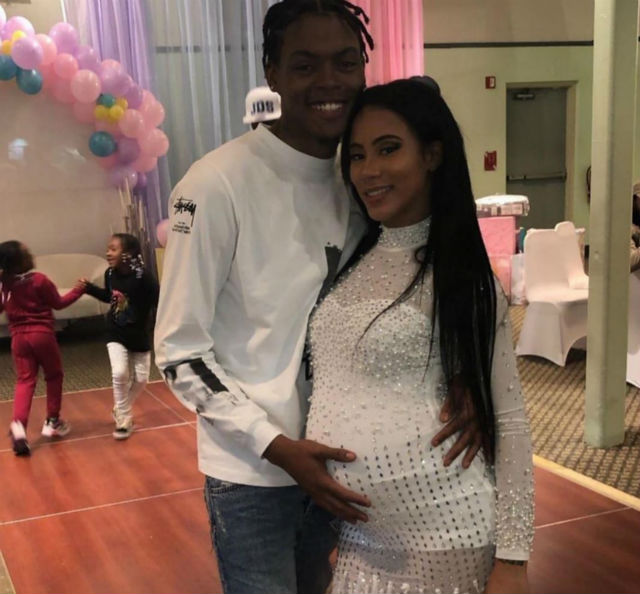 Remy Ma missed the baby shower for her son, Jayson, and his girlfriend, Diamond, this past weekend. The young couple had a party with a “Loony Tunes” theme at which Remy, the grandmother-to-be, was noticeably absent.

Some social media fans speculated that Remy missing her son and his girlfriend’s baby shower was purposeful and a sign of the rapper not approving of Diamond. The mommy-to-be, however, shut down such rumors with a strong Instagram post.

“Me and My Babyfather is Gucci great and we both happy to bring Milani into this world,” Diamond wrote online. “His mother didn’t show up and it’s not the end of the world nor is it hate towards her,” the mom-to-be continued. “We gonna continue to stand tall and be the best parents to our child,” Diamond concluded.

Jayson is Remy Ma’s oldest child. The young father-to-be’s daughter will arrive one year after his mom welcomed his younger sister, Reminisce Mackenzie. Remy Ma’s daughter, who she affectionately calls The Golden Child, came after the celebrity mom endured fertility struggles. Remy Ma got candid about her struggles to have a child with her husband, Papoose, and the strength that came from sharing her story in a recent op-ed written for O magazine.

“I do think time played a big part into my situation,” the celebrity mom shared. “I have an 18-year-old son, and I put off having a second baby for many years. I’d say ‘Okay, I’m gonna do it next year…’ and then I’d get another contract.”

Remy Ma went on to say, “Before I knew it, I was in my mid-30s and still putting it off, not realizing my body was not the same body I had when I had my son Jayson, when I was 20. My body’s not even the same as it was when I was 30! I think a lot of working women feel this way—like they’re forced to make the choice between motherhood and their career.”

Jayson and Diamond are expecting their child to arrive in the coming weeks. Little Milani will be Remy Ma’s first grandchild. Stay tuned for more celebrity family news!