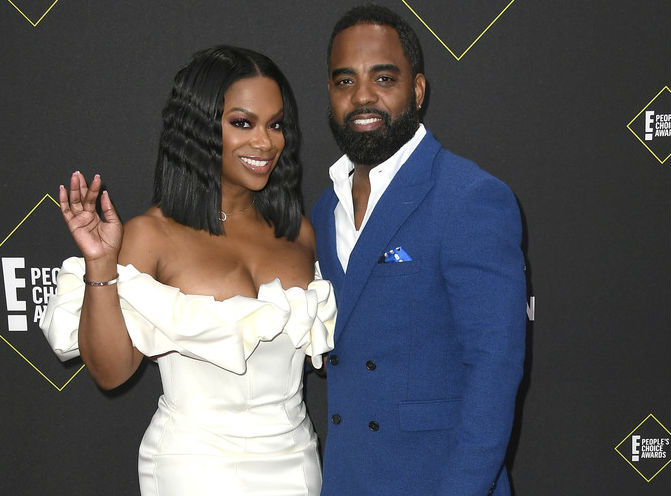 Baby-fever is in the air as Real Housewives of Atlanta star Kandi Burruss and her husband Todd Tucker prepare for the arrival of baby number three, and it’s a girl!

The 43-year-old entrepreneur is counting down the days to the birth of her third child via surrogate but admits that she is a bit behind in preparations. The reality star and entrepreneur told Us Weekly in an exclusive interview that, “Right now, we’re trying to finish the room! I’m trying to remember everything that I need to have so that we’re ready when she gets here. I’m super excited, but I’m feeling like I’m behind schedule as far as getting ready.”

The mo to 17-year-old Riley, and three-year-old Ace, admits that her tardiness is a bit due to the fact that she isn’t physically carrying the baby herself.

“Because I’m not physically seeing my body change, it’s like [I] don’t keep track of the time the same. Like, I should have had my baby’s room together a long time ago! I’m just judging it by when I see her…and I’m like, ‘Wow, OK. We’re getting there.’ But it took a long time for her to show. So it was like, ‘I got more time than I need!’ And now I’m like, ‘Whoa, we’re in a rush right now.’”

Burruss has been very vocal about her process because she, “…[didn’t] have anybody who can tell me [about it]. When we were going through the IVF process, I did have a couple of friends who had done it, so, you know, I could talk to them, but this is a situation where I don’t have anybody I can talk to.” Burruss did find solace in her journey when she was able to confide in and “lean on” talk show host Andy Cohen who welcomed son Benjamin into the world this past February via surrogate.

Burruss also admitted, in an interview with People Magazine,  that they were initially pregnant with twins but one of the embryos was lost. “We actually was supposed to be having twins, and then one of them didn’t continue. I was sad at first, but then I just had to be grateful that the one made it.”

We cannot wait to see the new miracle that Burruss will add to her expanding family.

KENYA MOORE IS CONSIDERING HAVING ANOTHER BABY THROUGH SURROGACY