ALFONSO RIBEIRO AND HIS WIFE ARE ‘DONE’ WITH HAVING KIDS

"My Program Has Ended" 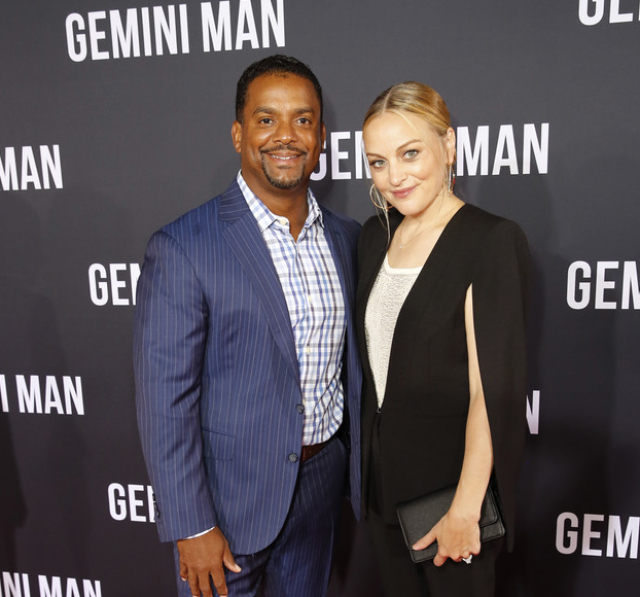 It’s been a few months since Alfonso Ribeiro and his wife, Angela Ribeiro, welcomed their baby girl, Ava Sue Ribeiro. The Catch 21 game show host recently told Mario Lopez of Access that he isn’t making plans to have any more kids.

“My program has ended,” Alfonso said in response to the notion of him and Angela aiming for more children in the near future. “I’m done,” the celebrity father added. “We not playing no more,” he concluded.

Angela and Alfonso Ribeiro welcomed their daughter back in May. Little Ava joined her older brothers, Anders and Alfonso, along with Alfonso’s oldest daughter, Sienna, at home.

“Ava Sue Ribeiro finally decided to send @mrsangelaribeiro1 to the hospital on Mother’s Day and came into our world early yesterday morning,” Alfonso told his Instagram fans hours after Angela’s labor and delivery experience. “Both Ava and Mommy are doing great,” the celebrity dad assured.

Ava Sue has definitely won the Internet with her adorable pictures since making her grand entrance. “There’s a picture that we posted the other day where it literally looks like she’s a doll; like an American Girl doll,” Alfonso told Mario Lopez. “She’s got the big round eyes,” the celebrity father gushed. “[She’s] just a perfect little child.”