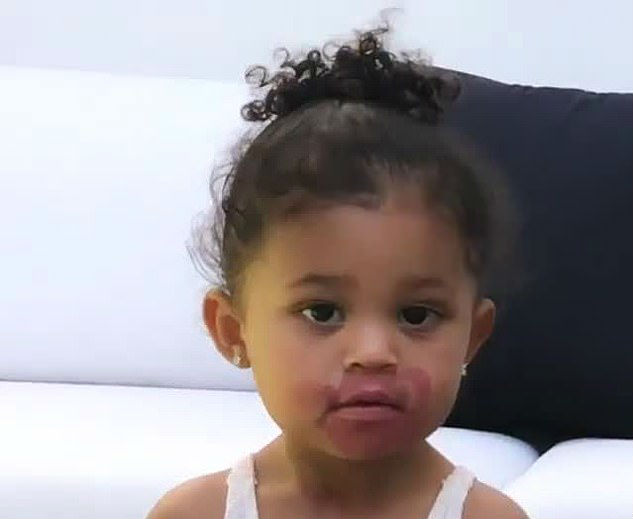 When your mother is a make-up guru, then it is a strong possibility that you too will be “obsessed” with makeup as well. Cosmetics mogul Kylie Jenner confirms that that is truly that case with her one-year-old daughter, Stormi.

Jenner shares with her fans in a new video posted on her YouTube channel her everyday makeup tricks; however, she starts off the tutorial by sharing that baby Stormi loves lipstick.

“Stormi is actually super into makeup right now. It’s amazing,” the reality star said in her video. “Every time I’m wearing lipstick, she notices. She looks at me and says, ‘lip lip lip.’”

Even though Jenner has made her fortune on beauty products, she really isn’t sure when she will let Stormi start wearing them herself. “I haven’t even thought about when I’m gonna let Stormi wear makeup. I don’t know, I’m just going to see. She might even not want to wear makeup. But honestly, how things are going, this girl is obsessed with makeup. She begs me at this point.”

If that is the case, it definitely looks like Jenner’s empire will be in safe hands because it seems like her heir-apparent is already ready to take over the throne!

When do you think girls should be allowed to wear wear makeup? How old is old enough? Sound-off, we want to hear from you!