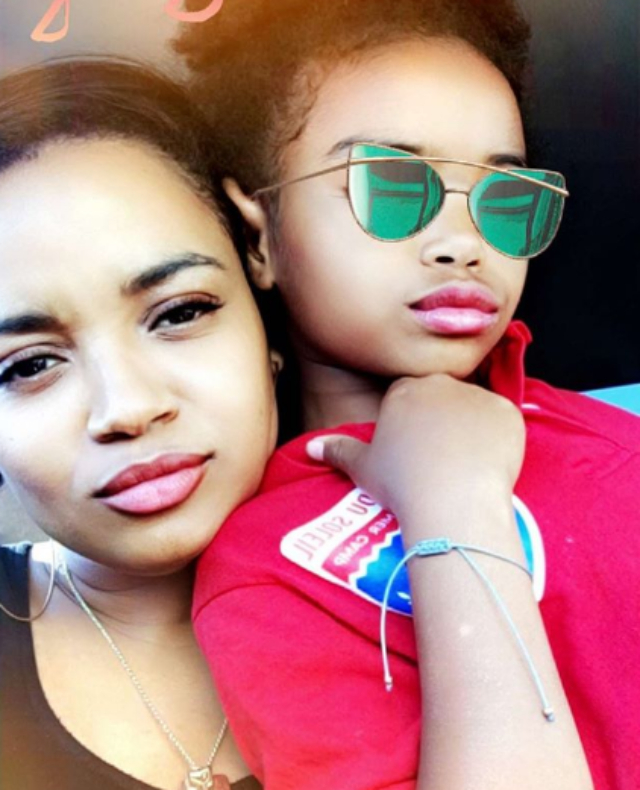 Kyla Pratt’s daughter, Lyric Kai Kilpatrick, is officially in show business. The 7-year-old booked her first national commercial with Wal-Mart to the delight of her mom who is thrilled to have a daughter following in her footsteps.

“She’s so excited,” Kyla said during a recent interview with KTLA-5. “[It’s] for Wal-Mart,” the celebrity mom added. “It’s a Halloween commercial.”

Kyla told the news anchors that Lyric’s commercial is airing now. “It’s all over the place,” the celebrity mom said. A lot of people are asking me online, ‘Did I see your daughter?'” Yes, you did!

🙉 My Pretty Lyric booked her first commercial. 💪🏾😍 She Get It From her mommy and her Daddy 😂. Go Baby @lyrickaikp #KirkpatrickCamp #inkArtMusic My Lil Star 💫 📍

This moment in time means a lot to Kyla Pratt for more reasons than one. Many remember a young Pratt doing various television spots when she was a child. Kyla is also a Disney Channel alumna whose most recent television roles were in Recovery Road and Let’s Stay Together. Pratt’s latest film spot is in the Lifetime movie, No Time Like Christmas.

Success has not come easy for Kyla Pratt. The celebrity mom has dealt with a lot of rejection in the industry. Pratt was at first concerned that her daughter would get discouraged because of the arduous process involved with booking gigs. Lyric, however, calmed her mom’s fears with her reaction to snagging her gig with Wal-Mart.