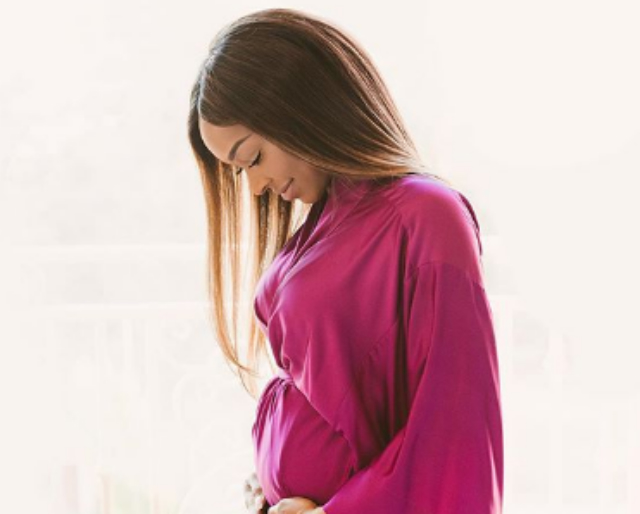 Malika Haqq is glowing and showing off her baby bump. The actress recently shared new candids of her posing while placing an emphasis on her protruding stomach.

Haqq was photographed in one picture while looking down at her stomach. “As a first time mom, being able to turn to friends who have kids is so helpful, but there is so much comfort in leaning on other expecting moms,” Malika shared in the photo’s caption.

Malika Haqq announced her expectancy while advertising for Clear Blue pregnancy tests a few weeks ago. Some thought the celebrity’s announcement was not authentic but, instead, part of the advertisement. Malika, however, followed up with maternity shots that showed off her burgeoning stomach.

Haqq has been pretty open about pictures of herself these past few weeks. The actress, however, has not been one to share the details about her pregnancy in terms of paternity. Some assumed that Malika’s ex-boyfriend, O.T. Genesis, is the father of her unborn child. Neither Haqq nor O.T. has confirmed such a story, though. In fact, Malika recently told the press that the identity of her child’s father would “unfold at a later date.”

What we don’t know can hurt us. #truthseeker

Regardless, Haqq is steady preparing for her new life as a mom. “I’m a very emotional person anyway, but this is another heightening of emotion,” the celebrity recently told PEOPLE exclusively. “I feel really good about where I am in my life being pregnant now,” Malika said.