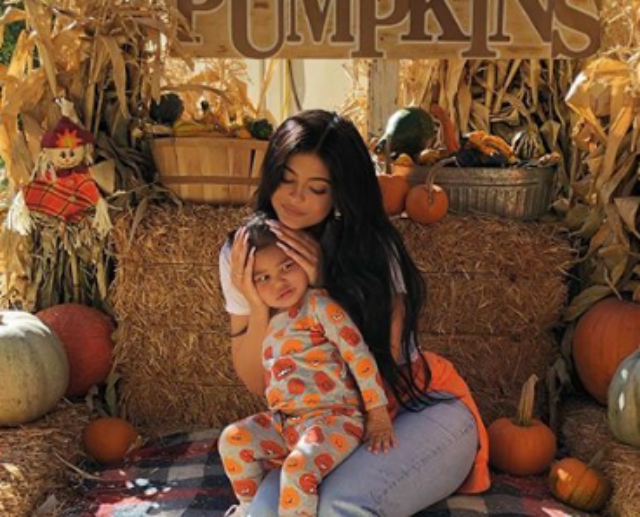 Kylie found herself in the middle of viral memes after giving fans a tour of her office space. The Keeping Up With The Kardashians star belted out the lyrics to a lullaby near the end of her tour to wake her daughter who she thought was sleeping. Stormi, as it turned out, was sitting up in her crib. Still, fans loved hearing Kylie sing.

“Sleep paralysis,” one fan wrote in response to the video. “But it’s Kylie Jenner singing rise and shine.” Another social media fan asked, “How do I set Kylie Jenner’s ‘Rise and Shine’ as my alarm tone in the morning?”

Kylie provided a remedy for hearing her beautiful voice every morning by releasing a techno version of ‘Rise and Shine,’ which was done in collaboration with Kendall Jenner. Stormi Webster gave the song a mixed review.

Stormi danced to her mom’s new song to the point of dropping her mom’s phone while grooving to the tune. Then, the youngster remembered that her father, Travis Scott, also made songs. She immediately demanded her mom change the tune so that she could hear “daddy sing.”

Kylie declared Stormi Webster to be a “daddy’s girl.” Dozens of fans agreed after seeing the little one’s reaction to her mom’s new song. “She paused it and gave her [mom] the phone,” one fan shared. “Daddy’s girl, for sure.”

Stormi Webster is Kylie Jenner’s only child with Travis Scott. Stay tuned for more Keeping Up With The Kardashians kids news!