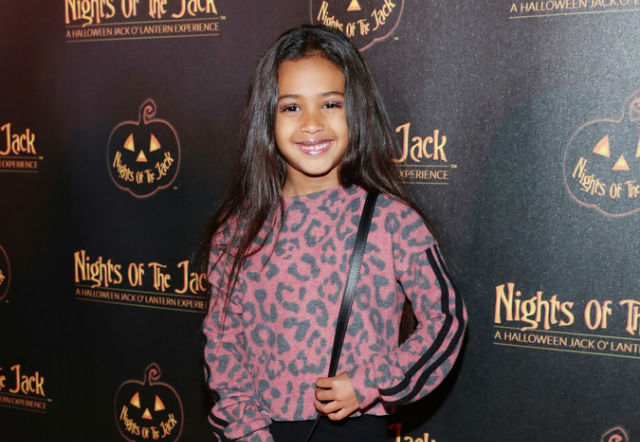 Chris Brown‘s daughter, Royalty Brown, has dancing skills that rival those of her famous dad.

The proud  papa took to Instagram on Thursday to share a video of his daughter dancing to his 2005 hit “Gimme That”. In the clip, Royalty, who can be seen wearing flip-flops, matches the moves her dad performed in the song’s music video.

Yo….”, Chris simply captioned under the video, adding a slew of cry-laugh emojis.

Many followers were impressed by Royalty’s dance moves, including superstar Justin Bieber.

Just a few days earlier, Royalty joined her dad for his Oct. 6th concert at Houston’s Toyota Center where she was welcomed by more than 18,000 screaming Breezy fans.

A little walk on the orange carpet at @nightsofthejack || @gettyimages || 🎃🧡

Prior to the concert, Roro and her mom Nia Guzman, attended Nights Of The Jack, a “family-friendly Halloween experience,” in Calabasas, California.