"Look What God Has Done!" 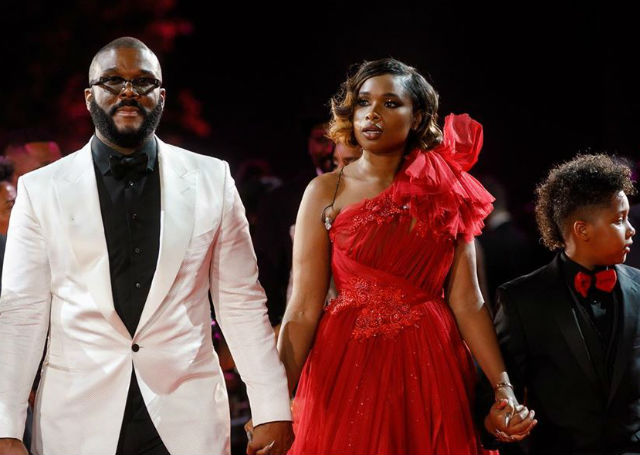 Jennifer Hudson and her son, David Otunga Jr., were part of something historic this past weekend. The celebrity mom and her youngster attended the grand opening of Tyler Perry Studios.

“To watch @tylerperry realize such a dream, and then for me to be a part of it, is beyond a blessing,” Jennifer wrote online after the grand opening party. “The only thing that can top watching history being made and being a part of it is who you share the moment with and for me that’s my munch @tylerperry,” Hudson continued. “As my mother and grandmother used to say, ‘You have truly outdone yourself,’ my friend! Look what God has done!”

Jennifer Hudson sang ‘The Impossible Dream’ by Andy Williams at the event. The celebrity’s son was sure to take a keepsake from the dinner party. “This is definitely my fave,” Jennifer said of David tucking away a customized menu. “That moment you catch your son stashing his menu with his name on it in his pocket cuz he knows just how special this moment really is. He said I’m keeping this.” Yes, David, yes!

Tyler Perry Studios is a testament to what hard work and diligence can produce. Perry left his job to pursue his passion for creating plays during the 90s only to lose his home and have the car that he lived in repossessed. Still, despite much opposition, the creative continued down the path that he knew to be right. Now, Tyler Perry is the first African-American to own a major production studio with no partners.

“What it means is that I get an opportunity to pass it on to people,” Perry said of his new studio during a recent interview with The Hollywood Reporter. “I get to share it,” the entertainer added. “I get to inspire people and encourage them. That is what it’s all about.”

Tyler Perry recently partnered with BET to bring fans BET+, which is a subscription service that offers all of the shows that BET viewers love commercial-free and under one umbrella. You can learn more about the streaming service here!