Home » NEWS » TEYANA TAYLOR: ‘JUNIE IS HER OWN LITTLE PERSON’

TEYANA TAYLOR: ‘JUNIE IS HER OWN LITTLE PERSON’ 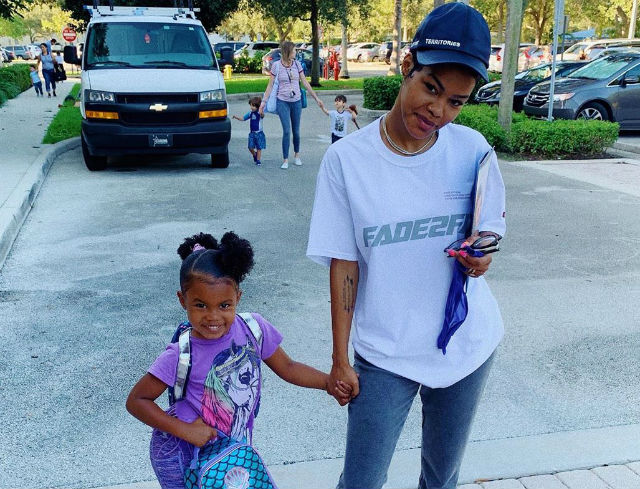 Iman Tayla Shumpert Jr., a.k.a. Junie Bug, is her own little girl. Teyana Taylor tells BET exclusively that her daughter has a personality that is uniquely her own.

Morning 🌞🌞 JuJu Beezzzz!! Me, Basquiat, & Petunia posing before school!! Hope you all have an awesome day!!! 🌈🌈

“She’s lit,” Teyana reveals. “She’s just a brand of her own. Like she’s her own little person.”

Many fans saw little Junie Bug in action on her parents’ Reality TV series. The youngster was especially tough on her father, Iman Shumpert Sr., who was taking too long to do her hair in one segment of the show.

“That in itself is a whole other level of grind and hustle. That’s like, you play with my coin— we fighting! Now you taking food out of my baby’s mouth. I don’t have time for that! Before I let you do that, I’ma go do this-this-this-and-this just in case you do mess up, which I know you will, so that my baby is still good at the end of the day.”

#JuJuBeezWeekendRecap I enjoyed some SATURDAY SUN on the beach 🌞 & had a SUNDAY FUN DAYYYYYYY at homeeeeee! Hope all my JuJu Beez had a great weekend 😊🥰💕💕💕

Speaking of being good, Junie Bug is learning to hone her skills as a photographer. It was just a few days ago that Teyana Taylor celebrated her daughter for taking pictures better than some adults that Teyana knows. “She caught them angles too and even had the nerve to get low with it,” the celebrity mom said. “I’m so happy Iman caught this moment,” Taylor said of her husband who took pictures and recorded footage of little Junie Bug in action. “No one would’ve believed she took these pics.”