TAMRON HALL GETS REAL ABOUT HER EXPERIENCES AS A NEW MOM

"Why Is He Spitting Up So Much?" 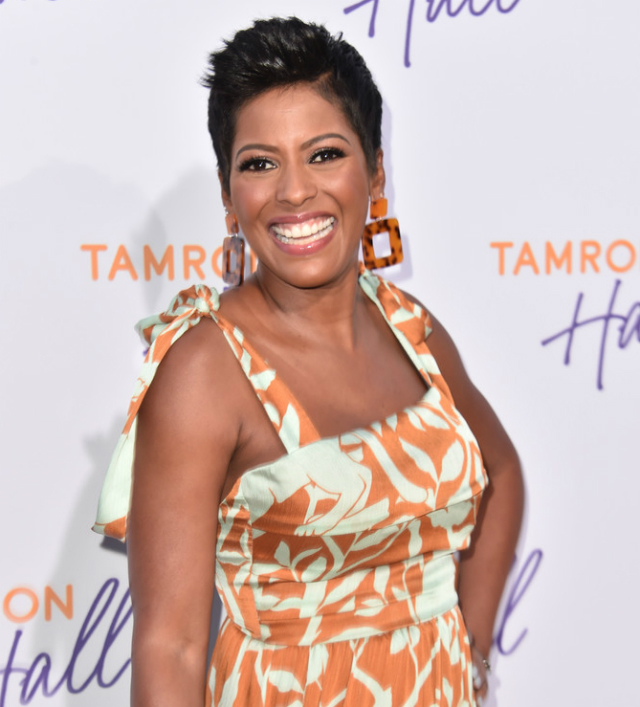 Tamron Hall is a new mom and, just like any other new parent, deals with the anxieties associated with rearing a baby. The talk show host delved into her experience with feeding her son, Moses, who recently gave his mom an incredible scare.

When it is Fall and your Summer 1 piece decides it is a 2 piece with a pepper. Happy Sunday no matter what you wear. #sonshine #mood. Time for solid food 🤣🍎🍏🥦

“My son kept spitting up,” Tamron said during the Good Housekeeping We Are Family Parenting Summit. “My mom said, ‘Why is he spitting up so much? I think it may be the milk.’ So I called the doctor, and I said, ‘Let’s change to Similac Sensitive.’ I changed it, and he still spit up.”

Tamron Hall swapped out the new milk for another food option only to get the same result. “I was worried,” the talk show host admitted. “He was retaining weight — if you see pictures of my son, he’s like a little German wrestler,” she mused.

Not exactly parting the sea but you have to start somewhere. Baby Moses at 5 months. Seriously, @cullenjones and @usaswimming thank for helping me face my own fears back in 2012 but most of all thank you for helping on put together a powerful story on critical need to teach kids to swim. #swimclass. Life after the @tamronhallshow is done for the day.

“My doctor said, ‘Well, his body is still developing.’ But I was feeling so much pressure to try to get that part right,” the celebrity mom said. “I went to Target, and I was just crying in the parking lot, thinking, ‘What milk am I going to get?’ It makes me emotional even now because I felt so alone. Then, like a light switch, two weeks later, he’s no longer throwing up. It wasn’t any milk change, it was just time.”

Tamron Hall and her husband, Steve Greener, welcomed their son on April 25, 2019. The talk show host previously revealed her concerns about expecting a son. “Not to stereotype, because not all boys like sports, but that’s where my mind went,” Hall admitted.

Kicked it old school with my B Boy Moses. Thank you #beyondthestreets @beyondthestreetsart for an incredible day. #graffiti #art @rosieperezbrooklyn 💜

All worries about the type of mom she would be melted the moment that Tamron saw Moses in the flesh. “I hope that, ultimately, he’s just a loving human being who goes on to have strong friends and a strong partner in life,” the celebrity mom concluded.