"I Want A Tribe; A Multitude Of Children" 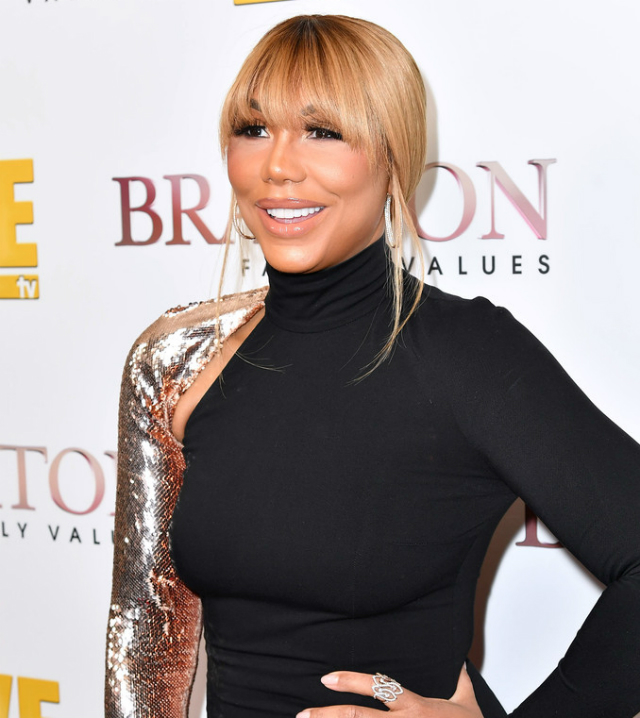 Tamar Braxton is not ruling out the notion of having more kids in the near future. The Reality TV star recently stopped by The Wendy Williams Show to talk about her son, Logan Herbert, along with the ideas of marriage and having another child.

“I want a tribe; multitude of children,” Tamar told Wendy. “I have infertility issues so I don’t know how that’s going to go,” the celebrity mom admitted.

Tamar was sold on the idea of having more kids. The celebrity mom, however, was adamant about being married before expanding her family by way of another child.

Tamar Braxton has been in a rather serious relationship with David Adefeso. In fact, it was just the other week that the celebrity mom took to Instagram to celebrate the relationship that her boyfriend has with her son.

“We want our kids to love who we love,” Tamar wrote online. “Most kids have to warm up or the parent has to force it,” the celebrity mom admitted before telling her social media followers that such was not the case for her boyfriend and son. “Just like I, at hello, felt the love and the magic, you two have found it as well,” Braxton said to David and Logan.

Lost files…. found it tho 🎯

Tamar’s boyfriend comes Logan-approved. Does that mean that David is marriage material? “Yes,” Tamar told Wendy during her recent appearance. “Now, that’s a piece of chocolate, I won’t give up,” Braxton affirmed.

Another thing that Braxton will not give up is her relationship with Logan’s father, Vincent Herbert. The former couple may have finalized their divorce in July 2019, but there is still an element of friendship that will never die.

My Beans🥰 #loganis6 thanks Vince for the BEST thing EVER 😩😩🥰🥰🥰🥰🥰😌 @kingladybug

“Vince is good,” Tamar told Wendy Williams. “Here’s the thing,” the celebrity mom continued. “Vince and I have always been and will always remain friends, and we had to get to that point and jump over the hurdles because it’s a process being friends. When you get over the hurt to the point where you don’t care anymore.”