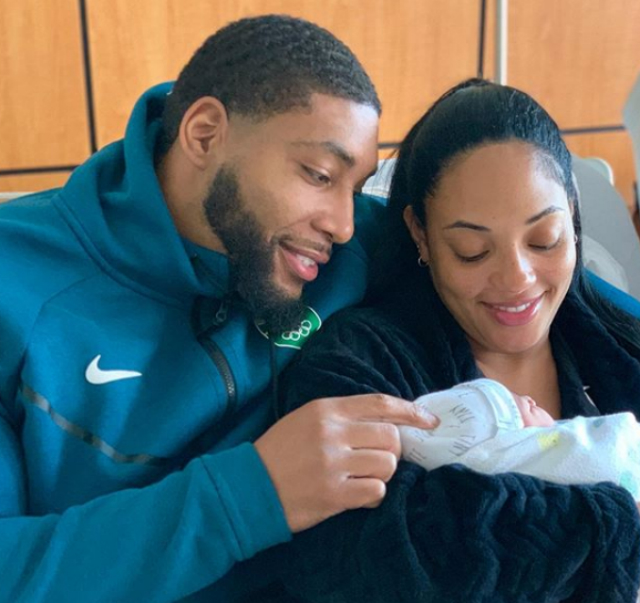 Congratulations to Devon Still and his wife, Asha Still, on the arrival of their baby girl. The celebrity couple welcomed their daughter, Arya Marie Still, this past Saturday (August 31).

“After a long night, baby Still is finally here,” Devon shared with his Instagram fans. “And Leah’s reaction at the end was everything,” the celebrity father exclaimed.

Many remember Devon Still as the father who sacrificed everything to care for his daughter, Leah Still, when she was diagnosed with stage four cancer a few years back. Leah beat cancer and now serves as a ray of hope for those children and parents going through a similar battle.

Leah and I have so much fun together, whether that’s dance parties, soccer practice, or whatever she’s thinking that week. Getting laundry done in-between activities is easy with @Purex 4in1 Pacs from @Walmart They fight those tough stains, without breaking the bank. And now you can also get cash back at Walmart with Ibotta #ad #Walmart #PurexPartner

Devon and Asha Still announced their expectancy of a child earlier this year. “We’ve been waiting for this moment, so we’re overjoyed right now,” the celebrity couple told PEOPLE exclusively in March. Devon also took to Instagram to praise his wife for her strength during expectancy.

There’s nothing more beautiful than watching your woman create life inside her. Thank you @ashastill for all the sacrifices you’re willing to make and the pain you’re willing to endure just to protect and grow our child. Counting down the days until we welcome our son or daughter! #iHadToPutSonFirstCuzImTeamBoy #Sept7th

“There’s nothing more beautiful than watching your woman create life inside her,” the celebrity father told his social media fans. “Thank you @ashastill for all the sacrifices you’re willing to make and the pain you’re willing to endure just to protect and grow our child. Counting down the days until we welcome our son or daughter!”

Last chance to put your guess in Boy or Girl because it’s almost game time! Baby Still will be here soon!! @ashastill

Asha and Devon Still kept the gender of their child a secret throughout their expectancy. Those social media fans who predicted that Asha would have a girl were especially thrilled to learn that they were right. Stay tuned for more celebrity baby news!