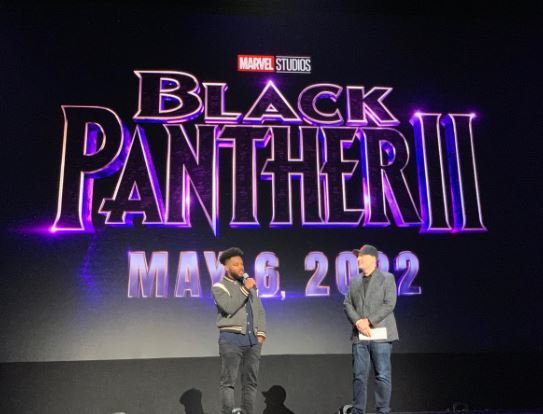 Since the end credits of the fist Black Panther movie, fans have been waiting with bated breath on the announcement of a sequel. Well, that day has arrived, but to see Black Panther II on the big screen, we will have to wait three more years until May 6, 2022.

The original movie make cinema history, claiming the title as the top-grossing superhero film of all time. The film brought in $700 million dollars. Also, it took the prize as the first superhero film to be nominated for an Oscar.

The original film starred Chadwick Boseman, Michael B. Jordan, Lupita Nyong’o, Danai Gurira, Martin Freeman, Daniel Kaluuya and Letitia Wright, among others. Although details about the sequels plot have not been revealed, the plot of the first film centered around audiences getting to know the people of Wakanda. What do you think the plot of Black Panther II will focus on this time around? Sound-off, we want to hear from you.

KIMORA LEE SIMMONS AND RUSSELL SIMMONS' DAUGHTER, AOKI LEE, IS HAVING THE BEST WEEK EVER