"Grandchildren Give Us Love And Life" 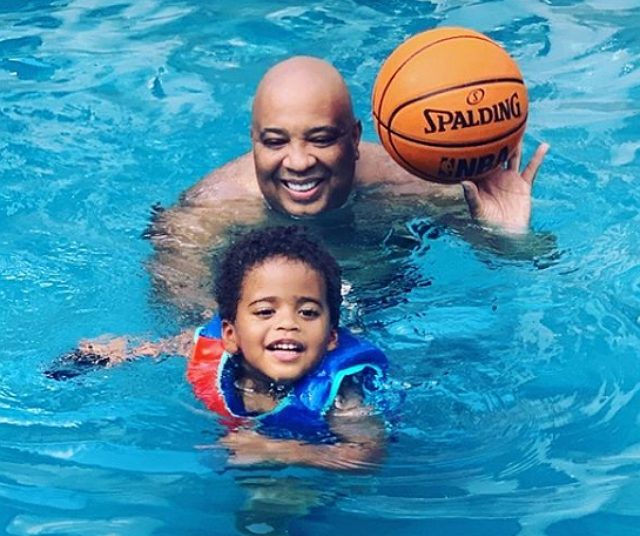 Are you ready for all of this cuteness? Angela Simmons shared new photos of her son, Sutton Tennyson Jr., hanging with his grandfather, Rev Run, that are simply adorable.

It was a pool day for Rev Run and little Sutton earlier this week. In the photo series, the celebrity grandfather guides his grandson while Sutton enjoys the waves. Rev Run holds a basketball while smiling from ear to ear in the candid. “Grandchildren give us love and life,” one fan said. “Looking great,” another follower said.

Angela Simmons has been giving her son valuable lessons about life. A recent video of the celebrity mom showed Angela telling Sutton about the importance of school. The little one sat and listened to his mom’s reasoning, which was quite convincing. “Part of my speech in the morning when he doesn’t want to go to school,” Angela mused. “You got moves to make,” she exclaimed. “But as long as you in my household… school is work.”

Part of my speech in the morning when he doesn’t want to go to school lol 😂 You got moves to make !! But as long as you in my household… school is work ! Lol let’s get it 💪🏽 #RaisingAKing #IGotThis #GodGotUs

There are days when Sutton does not want to go to school. Then, there are times when the youngster wants to go to school. In fact, it was just two weeks ago that Sutton rocked a hat and a t-shirt that his father, the late Sutton Tennyson Sr., picked out when his son was younger.

“Of course he picked this outfit himself,” Angela mused. “And then he looked at the picture with his hat sideways and changed it to the front,” the celebrity mom said. “His Dad picked this shirt for him when we went shopping a while back,” Angela revealed.

Of course he picked this outfit himself lol .. and then he looked at the picture with his hat sideways and changed it to the front 😂. Reminds me of his Dad in the next shot . Swipe over. He literally took it off … and put it forward on his own , like what Sj ? 😊😂 actually his Dad picked this shirt for him when we went shopping a while back ♥️

Sutton Tennyson was murdered in a parking garage in Atlanta, Georgia, last year. Sutton is Angela Simmons’ only child with her ex-fiance. Stay tuned for more celebrity family news! 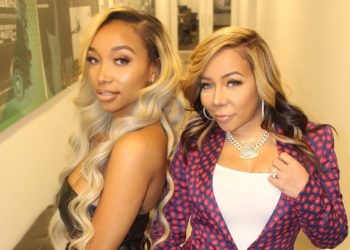 Tiny Harris is not going to let anyone drag her daughter, Zonnique Pullins, through the...

BEYONCE AND KIDS HANG OUT WITH FAMILY IN THE HAMPTONS

Beyonce is enjoying life in the Hamptons with her family. The Black Is King creator...