A Judge Issued An Arrest Warrant For Joseline 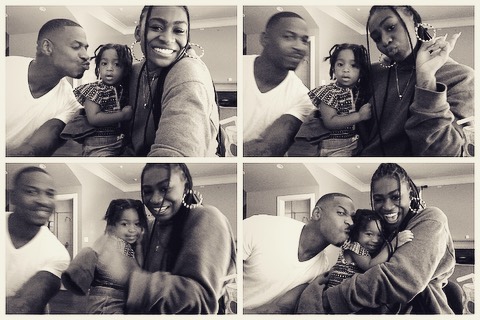 The fight between Stevie J and Joseline Hernandez over custody of their daughter, Bonnie Bella, appears to be far from over. Joseline reportedly agreed to abide by the visitation regulations set by the court only after a judge threatened to throw her in jail.

Woke up next to an angel this morning 👼🏽 #BonnieBellaJordan #DaJordans

“Stevie had a right to take custody of their 2-year-old daughter, Bonnie Bella from July 28 to August 11. Joseline was in Miami shooting Marriage Boot Camp, so he traveled there on the 28 to pick up his daughter. According to court documents, obtained by TMZ, instead of turning Bonnie Bella over, Joseline took the child and flew to L.A.”

Stevie J traveled to Los Angeles to be reunited with his daughter only to have Joseline travel to Miami with Bonnie Bella. A judge did not take the apparent disobedience of a court order lightly. He, instead, gave Stevie J sole custody of Bonnie Bella until August 15 and issued an arrest warrant for Joseline Hernandez, which ordered the Los Angeles County Sheriff’s department to detain Joseline if she continued to ignore the rules.

Joseline, of course, handed her daughter over to Stevie J’s adult daughter in Florida. Both Bonnie and her older sister are headed back to Los Angeles to be reunited with their father.

It was just the other week that Stevie J and Joseline Hernandez appeared to be working through their differences for the sake of Bonnie Bella. The celebrity father even shared pictures of little Bonnie spending time with her sister, Eva Giselle Jordan

“Prayer of the righteous availeth much” Eva set her alarm for 6am to take her sister Bonnie to school, it rang for 17 minutes before I came and woke her up.. Had to drive an hour she’s my lil trooper🙏🏽1st photo in over a year for these girls and I’m grateful to God they had a chance to share this precious moment. #DaJordans #EvaAndBonnie

How will this latest development in the child custody case of Stevie J and Joseline Hernandez turn out? We will have to keep watching to see!

LIL SCRAPPY DOES DATE NIGHT WITH HIS 'PRINCESS' EMANI

LIL SCRAPPY DOES DATE NIGHT WITH HIS 'PRINCESS' EMANI