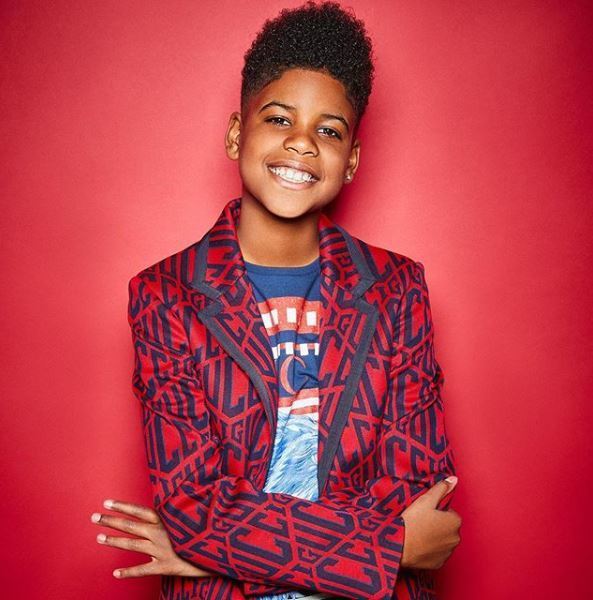 What an incredible night!!! Thank you so much @mstinalawson @mrrichardlawson @disney for having me in honor of The Lion King and an amazing cause! #WearableArtGala #TheLionKing Styled by @ugomozie Photo by @j.a.t.h.a.n

Recently, the talented pre-teen sat down with The Root to talk about his upcoming movie and his debut album. Here are a few of our favorites quotes from the the interview. To read the interview in its entirety, click here.

“The Lion King (1994) is such an iconic movie. And I didn’t know that at the time. … I just thought it was a really good movie about some lions.”

I’m gonna be a mighty king, so enemies beware!!! The official poster for Young Simba is here! Can’t wait for @lionking to be out nationwide July 19th! #justcantwaittobeking #TheLionKing 🙏🏾 🦁 👑

McCrary on the character of Simba

“I just like to think that he’s a lion that’s going to become a king. He looks up to his dad […] and he eventually grows up to kill his dad’s killer.”

A New York Night in Manhattan 🤩

McCrary on soon meeting Queen B and her inspiration

“I have not, but I will. Beyoncé really inspires me. She is such a powerful artist and—might I add—a black artist who is very powerful and she’s a great singer.”

“I just want people to feel good when listening to my music.”

The Lion King will hit theaters July 19, 2019 and Shine is already available on Spotify, Apple Music, Amazon Music, and more. Don’t forget to buy tickets and check out this incredibly talented young man’s new music. WE cannot wait to see what the starts hold in store for him next. We know that whatever it is it is going to be truly amazing.

If you are not following this rising star on Instagram, click here. His journey is unquestionably one that you do not want to miss out on!