"Happy Pride To My Pride" 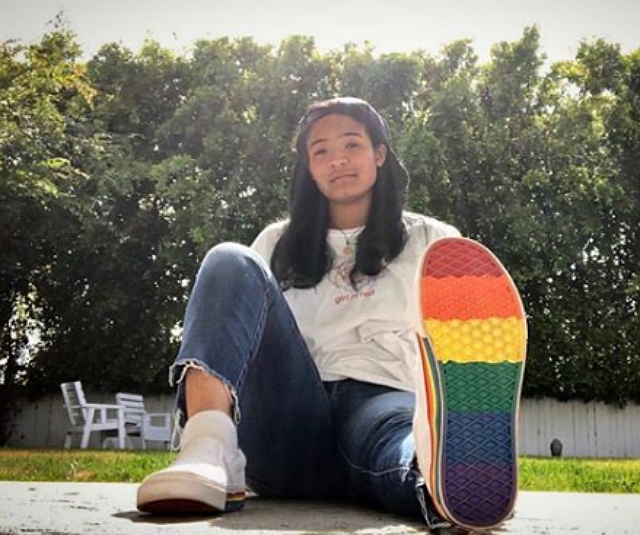 June is recognized as Pride Month and Marlon Wayans is giving his daughter, Amai Zackary Wayans, all of the love and support she needs.

The celebrity father uploaded a picture of his 19-year-old rocking a pair of shoes with the symbolic rainbow associated with the LGBTQ+ community on them. “Happy pride 🌈 to my pride and joy,” Marlon shared along with the picture. “I wouldn’t change one effing thing about you,” the celebrity father added. “Love you to the moon around the sun through the galaxies and back again.”

Many thought that the support Marlon Wayans sent his daughter’s ways was absolutely beautiful. “Tell these other fathers to take notes,” one fan said. Another of Marlon’s social media followers simply wrote, “Beautiful.”

The majority celebrated Marlon for his love, but some saw the need to attack both the celebrity father and his daughter. “She’s not old enough to understand what that’s really all about,” one critic replied. “You have the power to change lives, Bro. Don’t teach her that.” One of Marlon’s supporters was quick to point out the fact that Amai is 19-years-old and, thus, legally an adult. “She’s 19,” the fan said. “She is who she is.”

Another troll took the harshness to another level with their response. “You think if you support her you are good,” the critic asked Marlon. “Being a parent is not about saying ‘yes’ to everything,” the commenter continued. “If you really support her, would you give up being a grandfather because of this stupid decision that she made? Because as (sic) last as [I] remember, two girls can’t make a baby.”

Marlon did not let that last comment slide. Instead, the celebrity father responded by saying, “There’s technology and I got the means … So thank you, shallow F—-. Go hate your own kids.”

It was just a few days ago that Marlon Wayans gave his daughter a heartfelt birthday message. “Happy birthday to my pride, my heart, my love, my soul, my mini-me, my inspiration, my moral compass, my sweet loving, romantic, kind hearted, intelligent, talented, soulful, conscious, angelic, beautiful daughter,” the celebrity father shared in an open letter online. “You’re heaven sent,” Marlon added. “An amazing child.”